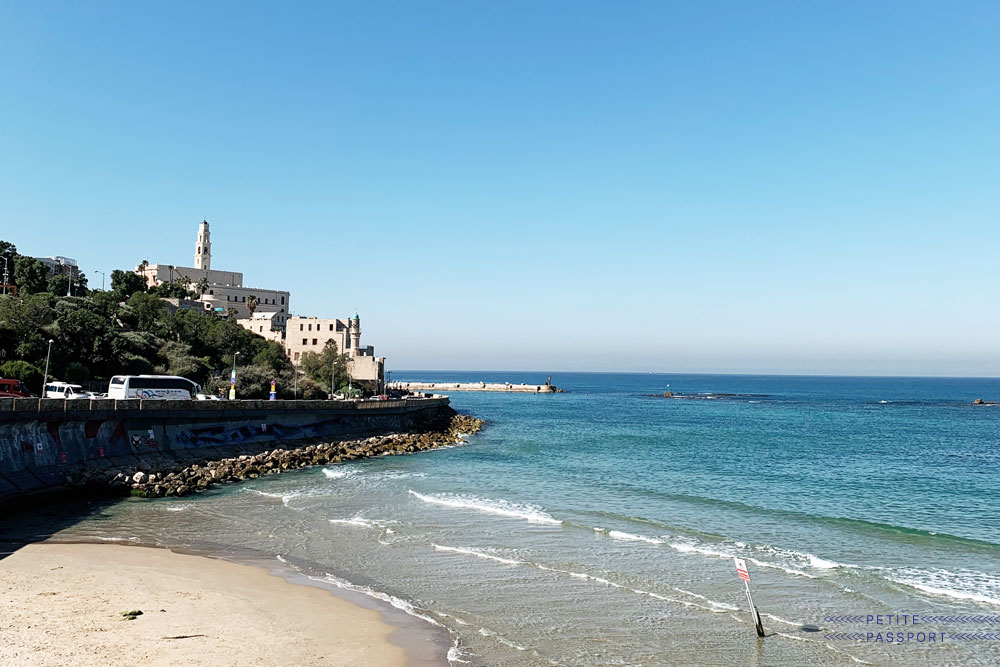 ‘It’s always summer in Tel Aviv,’ says the taxi driver who brings me to the hotel from the airport. And indeed: when I wake up in the morning I notice the sun and a blue sky. The perfect weather conditions to cycle to the beach. This reminds me of Barcelona: palm trees, the beach and a bike path full of bikes and especially many e-scooters. Obviously the most popular kind of transport.

Tel Aviv is not that established as cities like New York or London. It is more like the underground atmosphere of Berlin a few years ago, but then in the Middle East. You feel the creativity boiling, you have to make an effort to find the coolest spots – sometimes on a roof terrace, the other time in a street with only storage space for market vendors -, the nightlife is phenomenal and just like Berlin they have a big start-up scene.

Vegan capital of the world

The city is also known for its cuisine. You can eat delicious food all day – from street food to high end. And it is one of the best cities to visit if you are vegan. Did you know Tel Aviv is the vegan capital of the world, with no less than 400 plant-based restaurants? The Tel Avivians take food very seriously. Also for their beloved four-legs friends. They even have an organic food festival, especially for dogs.

Self-care is the new health-care

Cities on the sea often have a big focus on health. Think of Los Angeles and Sydney with a large number of joggers and juice bars. In Tel Aviv there are many design-friendly yoga places, you can walk or run at the beach and one restaurant’s motto was: ‘self-care is the new health-care’.

Architecture lovers will love Tel Aviv too. The Bauhaus movement celebrates its 100th anniversary this year with many tours and exhibitions in Germany, but the Jewish architects who fled to Israel during and after the Second World War brought their knowledge with them. They built about 400 (!) buildings in Bauhaus style. The so-called White City is now on the UNESCO World Heritage list.

Today I will show you the atmosphere of the city, tomorrow I start by sharing the coolest addresses.

the ones you can't miss

the ones you can't miss