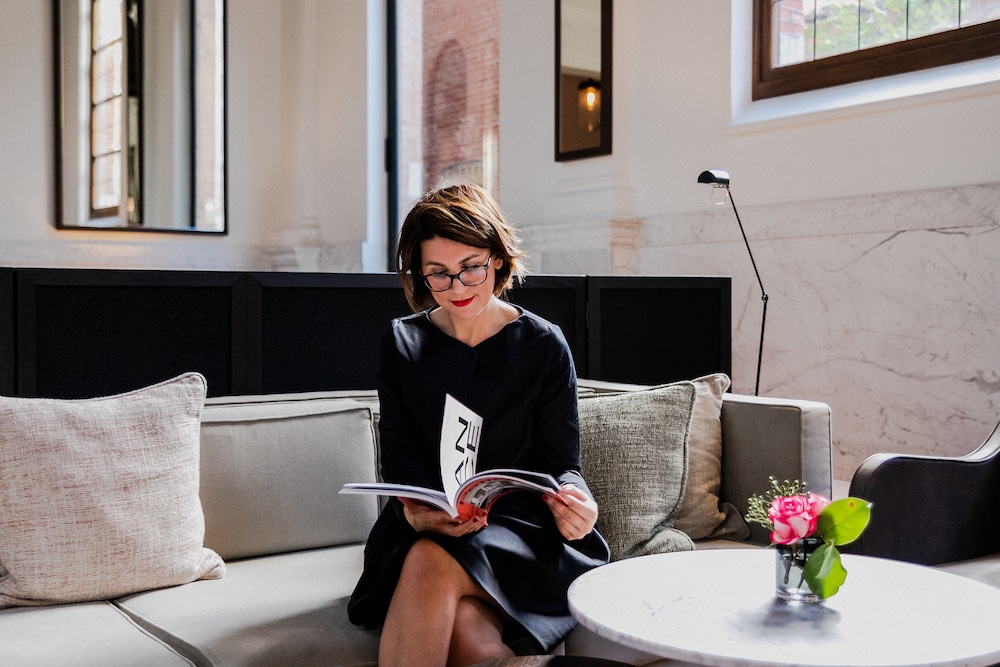 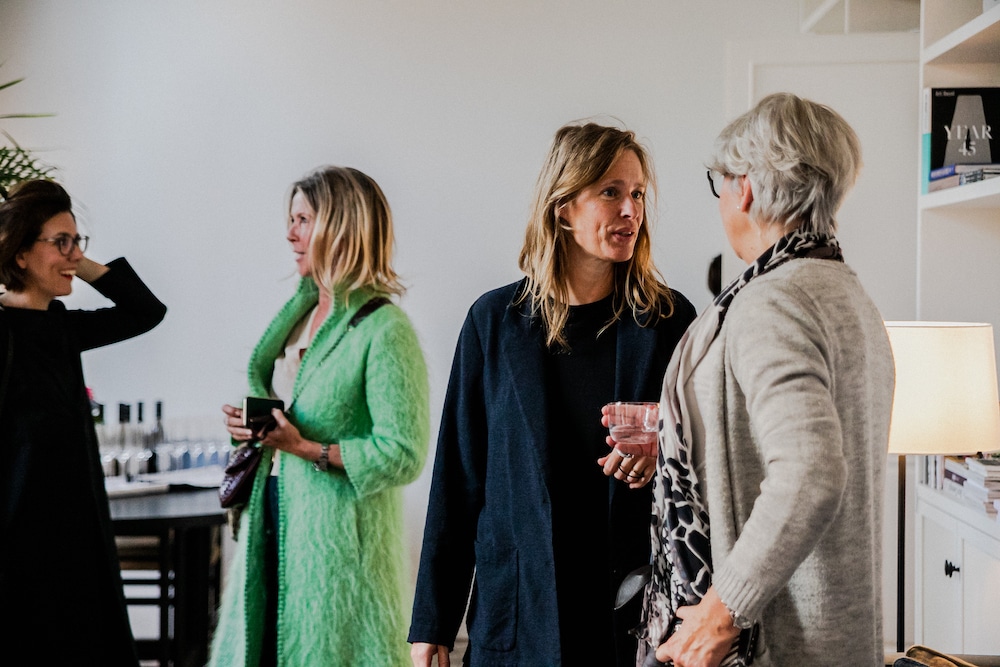 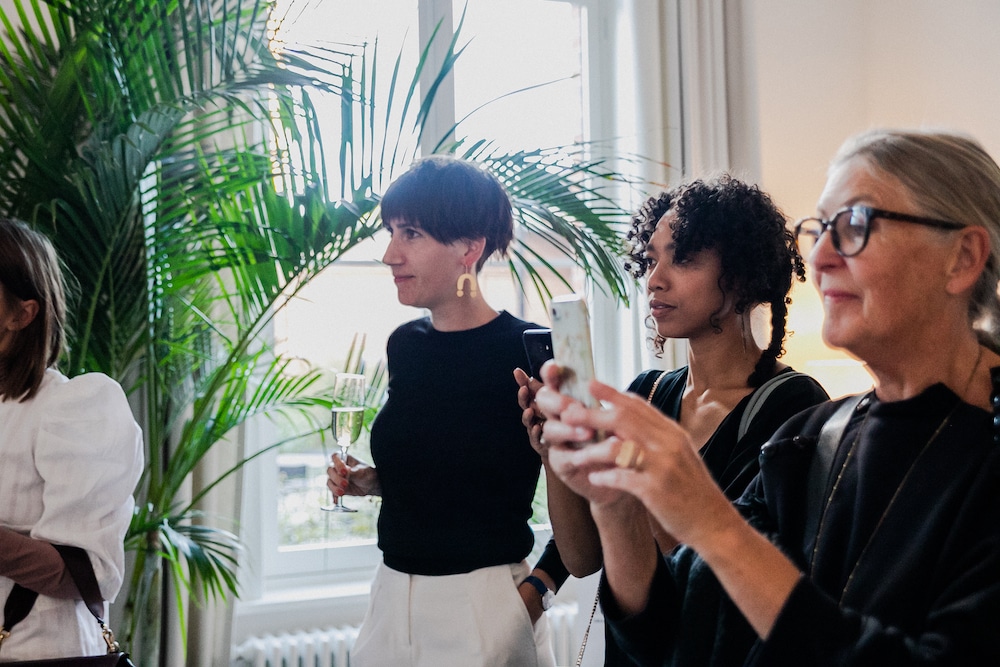 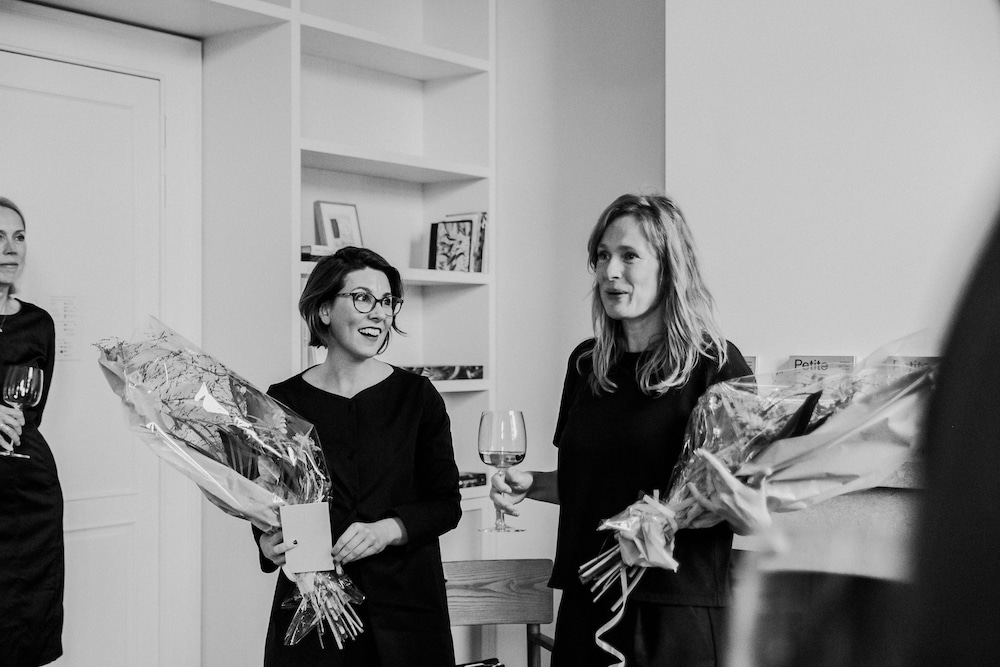 Last Thursday the first Petite Passport Magazine was launched at August in Antwerp. To celebrate the stories behind world’s most beautiful design addresses and the people who create them I’ve decided to invite an exclusive group of tastemakers. The creatives behind the places mentioned in the magazines such as Maarten and Stijn of Fosbury & Sons, Anais and Michiel of design studio Going East, Mouche of August, Davy of Veranda, Ellen of Jackie Boheme and many more.

It was always my biggest dream to launch a magazine. I’ve studied journalism, worked for several (inter)national magazines before launching this website in 2009 so I could share all of my favorite places with my friends. They told their friends and they told their friends and now we’re here with a community of design travellers who live all over the world. From Tokyo to Sao Paulo and from Toronto to Amsterdam.

After the launch of the site I’ve published a series of eight city guides and of course I’ve made many beautiful journeys. On those trips I met so many passionate entrepreneurs and designers. And every time I went back to my hotel it made me so happy, so enthusiastic! I thought: this is positive news. Those people follow their dreams, stay close to their intuition and trust their own instincts instead of listening to others to tell you to not do it. It’s so inspiring to see what they create, that I’ve decided to make a magazine. To share the spots and the stories of the people behind them with my readers.

In January I started. At first I made a travel schedule (I visited all the places myself), but it’s not that easy if you want to focus on new openings and the official opening date is being delayed again and again. Imagine planning a trip to Cape Town in February, but going in April instead what it does to the other trips. In April/May I’ve decided to work together with Marjolein Delhaas for the design. It was a match made in heaven: when she showed me the first Tel Aviv spread with the big letters I got goosebumps. Of course I can write a text and take a picture, but if the design doesn’t support it, the magazine wouldn’t be there.

Of course there were lots of worries too. I self-fund and self-publish everything and I had lots of worries about money. In April I had to find another translator and it taught me that translating isn’t the same as putting a text through Google Translate. And of course I had thoughts like: are people gonna like it? Will the stores buy it? But then my mother said: Even if they don’t like it and even if you don’t sell even one copy, you followed your dream and got it out there!

And then COS, who didn’t even saw the magazine yet, ordered the magazine to sell in their Top 25 European stores in the next couple of months. And I thought: maybe they are gonna like it and I don’t have to live underneath a bridge in a few weeks 😉

Of course I don’t know what the future predicts, but I did learn some things in the last ten years. That everything – good or bad – is a present from the Universe as it has something for me to learn. When I started someone said: Pauline, you have to let it grow organically, don’t go too fast. And that’s how I work. First figure out one thing completely, then introduce the next one. I’m always balancing between risk and adventure on one side and security on the other. My ego on one side, my intuition on the other. But one thing is for sure: you, my dear reader, are my #01 priority. And you’ll always be – until I’m 100 and I’m still roaming the world (maybe other planets by then) to search for that special place!

I like to thank Marjolein for the design, Laura, Kjirsti and Elise for the translation, Vipp and Designhotels.com for being the first advertisers to join in this magazine adventure, Yolanda for being the best printer there is, my mother for all her wise advice and Dorothee for her business advice. And of course I like to thank all the readers, the spots and the shops for their support along the way!

Attached you’ll find a selection of images taken by the talented Laura Willems.

And you can get the magazine here! Enjoy!

From Greece to Los Angeles

From Greece to Los Angeles