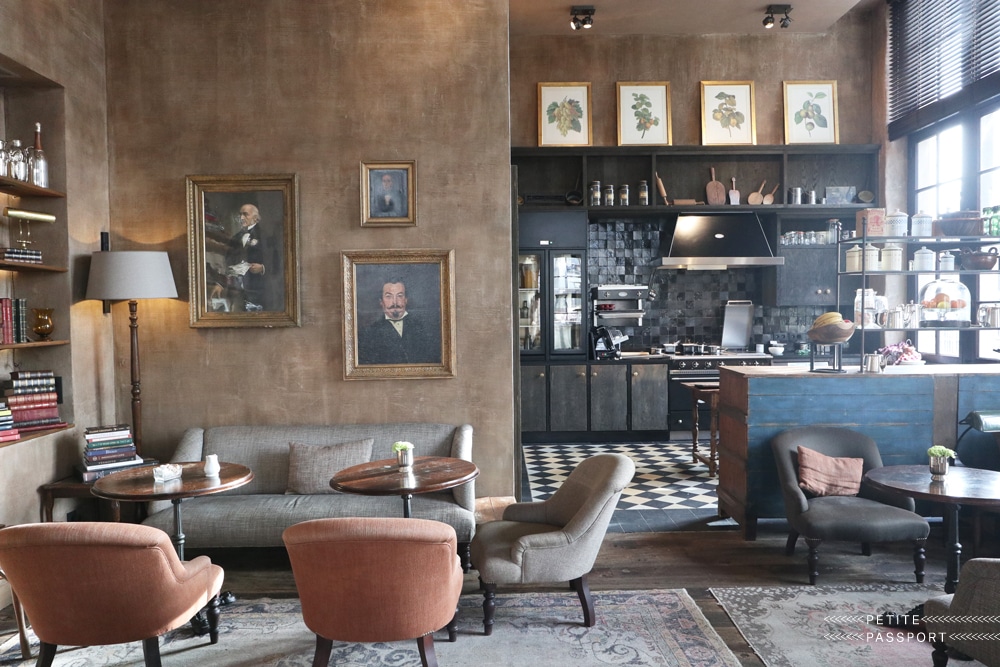 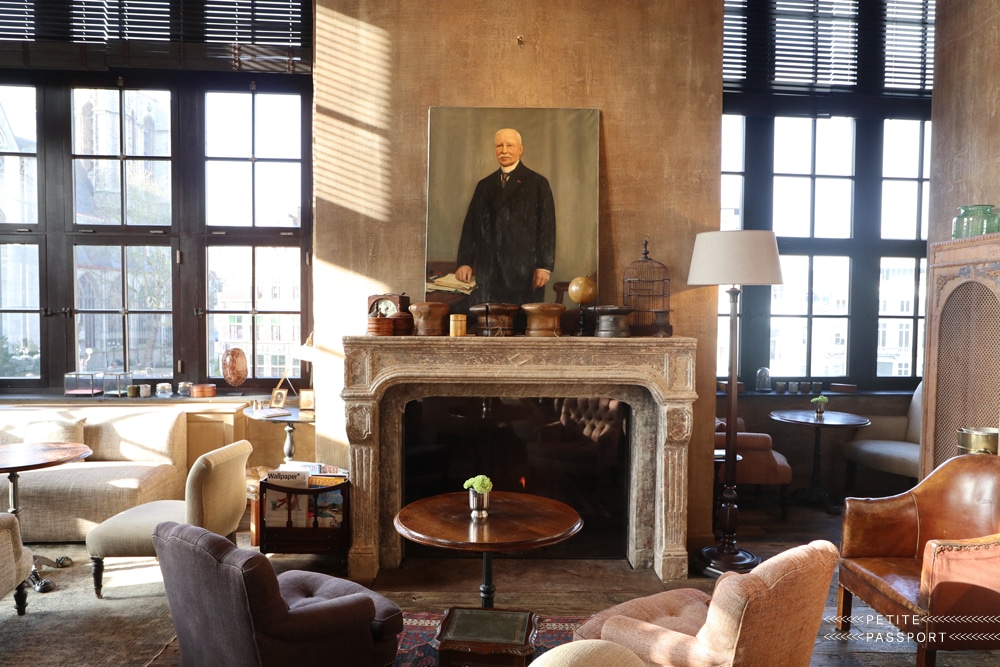 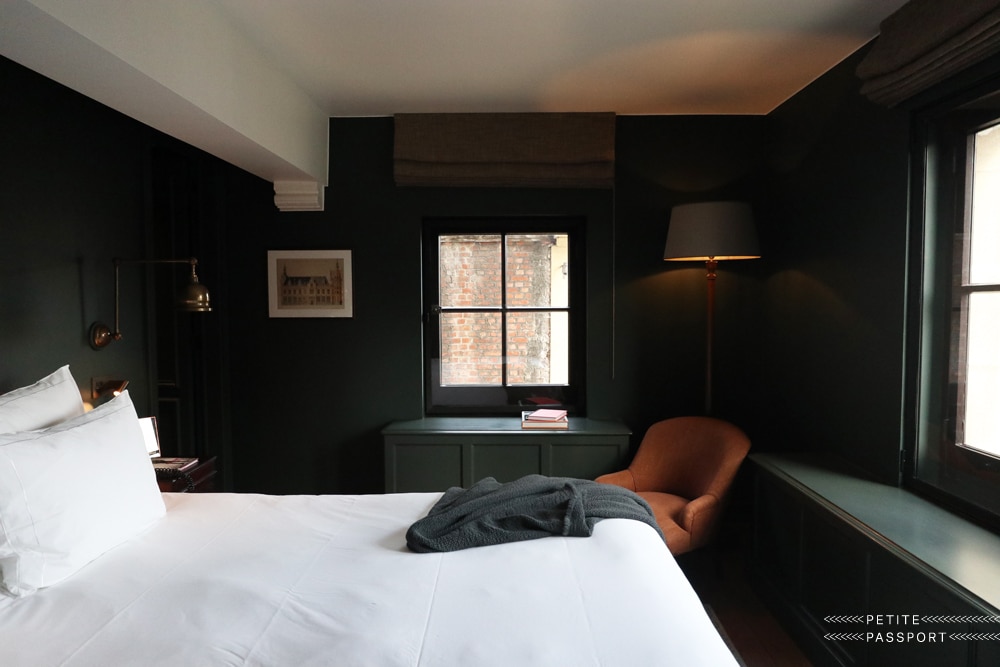 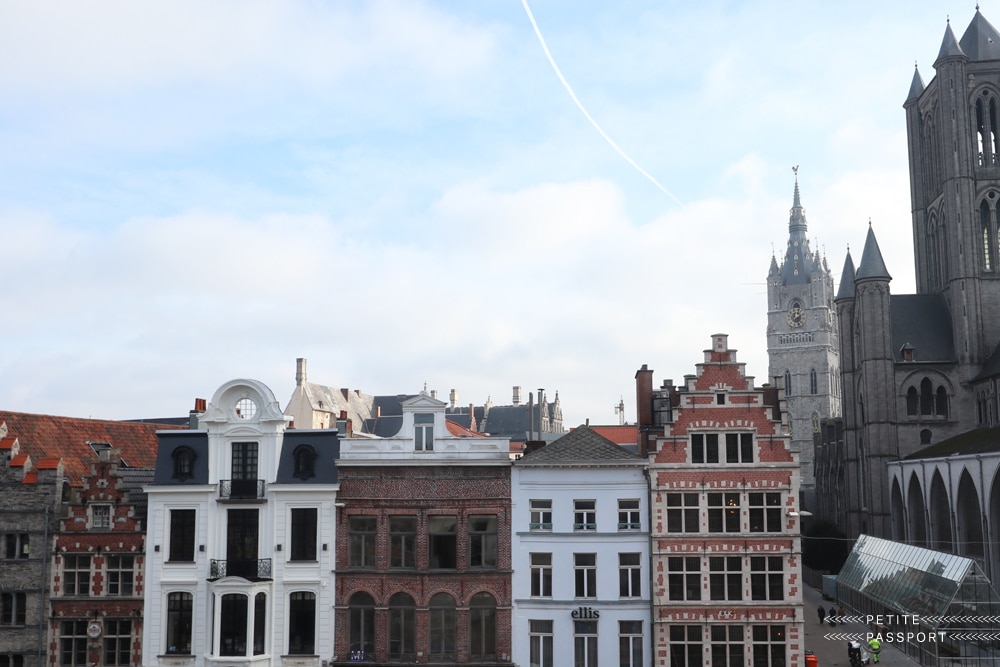 New hotel 1898 The Post is located in a former post office in the heart of Gent. A very romantic option.

I walk around the building three times or so before an old lady from Gent leads me to the entrance. “It’s part of the fun”, says general manager Eline Janssens, “It’s nice that’s it’s not that easy to find. Certainly on a busy tourist spot like the Graslei.” And that’s right because, once I get out of the elevator, I have the idea to have discovered a hidden gem. A sort of exclusive club from the nineteenth century. In a former post office.

The post office is a design by architect Louis Cloquet who worked on it for ten years before it opened in 1898. Cloquet was also the architect of the Sint-Michielsbrug. The post office has been there for more than a hundred years. In 2001 they grew out of it. And they went looking for a new location. It stood empty for years before the Zannier Hotels bought it and converted it into what it is today: 1898 The Post.

Zannier Hotels is a small, independent family hospitality business from Gent. Crazy enough, 1898 The Post is not their first hotel. That was a chalet-style hotel in Megève in France, where the family had a second home. Owner Arnaud Zannier did a lot of development work in Cambodia where he opened his second hotel, the beautiful Phum Baitang. It was the place where Angelina Jolie stayed with Brad Pitt during the filming of ‘First They Killed My Father’. They met, Jolie told him about Namibia and he decided to open a hotel there too (opening soon). Followed by Vietnam.

1898 The Post is a home game for them and one with many stories. Eline shows me some rooms. There are 38 of them in 12 different room types – all named after a product that has to do with mail. The Stamp is the smallest room, followed by The Postcard, The Envelope, The Letter, The Carriage and after that the suites. The Carriage with Terrace is the only room with a terrace and was once the place where the postmaster worked. He recently came to see the building and it pleased him that after all these years of vacancy, a nice hotel has arrived.

The interior is warm and creates the ultimate conditions for a romantic getaway. And you don’t have to book the largest room to get the most romantic vibes. The Stamp is small, but very cozy. I stayed in The Letter where you have a daybed in front of the window with view over Gent and the bathroom, with Santal 33 of Le Labo amenities, is one floor higher. Funny details are the pens and postcards on your desk inviting you to send a card. After all, it is an old post office.

The Cobbler is a very nice bar. Like the rooms, the large windows overlook the center. There is a fireplace, homely seats and magazines, newspapers and board games. In the morning they serve breakfast here, around 3pm afternoon tea and in the evening cocktails. This place is also a favorite for the locals. Then there is a secret speakeasy bar in a turret. Walk from the first to the second floor and you will automatically pass by.

Where architecture and art come together

Where architecture and art come together

The city in 24 hours

The city in 24 hours