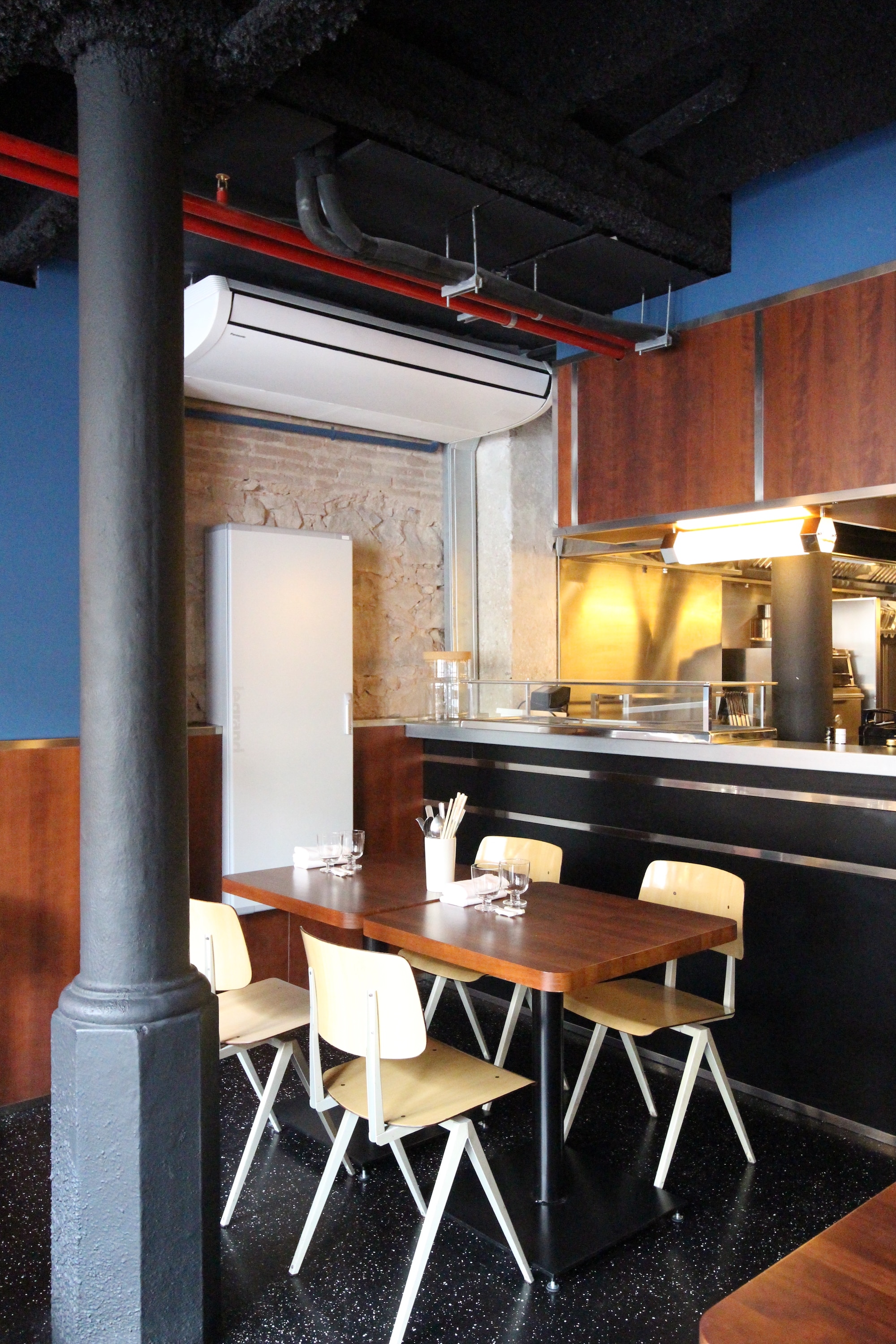 It was November when I was invited to meet Inés Miró-Sans, the co-founder of Casa Bonay, and she showed me around the hotel when it was just a construction site. A huge project for someone my age (30-ish), but everytime you compliment her with that achievement, she says: ‘it’s not just my work, we did it together’. And that’s exactly what Casa Bonay is, a collaboration project of the tastemakers of Barcelona. It’s of course a hotel, but there’s also a juice bar, a coffee bar, they have a 24-hour shop, a lobby the Ace Hotel in New York will be jealous of and a 2-in-1 restaurant called Tet and Elephant, Crocodile, Monkey. She invited friends and people she admires to help her develop those projects. Almost all the people working there are based in Barcelona now, but they have been travelling all around the world. Just like Inés who lived in New York for example. She met the people from Studio Tack and they decided to help her with building a construction site of a former textile factory building inside the l’Eixample district in Barcelona into what it is today. But then they invited Marc Morro, the owner of Otras Cosas to do the furniture. All the lights in the hotel were created by Santa Cole. And the beautiful plaids on the beds in the hotel rooms were made by a textile firm called Teixidors from Terrassa.

The coffee bar is run by Satan’s Coffee Corner (just as Otras Cosas featured in The Barcelona Guide already) and it is stunning with the white tiles, mirror, red electricity cables and plants. They share the space with Mother, the famous cold-pressed juicery from Raval, so you can choose to go for a juice or a soja latte. I’ve tried the Fig Tree smoothie this morning and it’s a great way to kickstart your day. Just like the Ginger Lemon Chia juice if you need a shot of energy during the day!

Then there’s Libertine, the lobby and the place where they once run the textile business and is now converted in a green space with long communal tables and comfy sofas. There’s also a bar with a pretty amazing wine- and cocktail list. And if you look up you will see this beautiful chandelier – also created by Santa Cole.

The restaurant feels like you’re in New York with the rough industrial walls, and they choose to operate two different restaurants in here. The lunch restaurant is called Tet and you can try all kind of Vietnamese dishes for a fair price. In Spain people are used to have lunch (a menu del dia) for 12,50 euro so they wanted to not go over the top. You will love the spring rolls with banana ketchup (!) and the soup. At night the restaurant, named Elephant, Crocodile, Monkey is more upscale and we’ve tried almost all of the dishes. The dishes I remember best were the octopus and the fish. So good! The restaurant is an idea of Estanis Carenzo who is from Argentina and already runs other restaurants in Madrid (like Pisca and Chifa Comedor) and soon also in Valencia.

Then the rooms. They are wonderful. All decorated by Marc Morro of Otras Cosas and they have that typical Barcelona atmosphere. The tiles on the floor, the terrace and the view of the city and the old panelled doors opening to your own private patio. There’s a yoga mat in your room if you want to start your day with a sun salutation and the hand soap made by a woman from Emporda smells very good.

You see: beautiful brands and passionate people come together to make Casa Bonay not only the place to go for travellers, but also for locals. Casa Bonay is the perfect example of how working together can make a project grow to a place people want to travel the world for. And then maybe they meet someone here and start their own project together. Ines is still not ready. She has ideas for a book shop, pop up projects and much more. So stay tuned and visit Casa Bonay as much as possible so you won’t miss out!

A night at W Hotel

A night at W Hotel

From Amsterdam to Mykonos

From Amsterdam to Mykonos

Spring in the Catalan capital

Spring in the Catalan capital