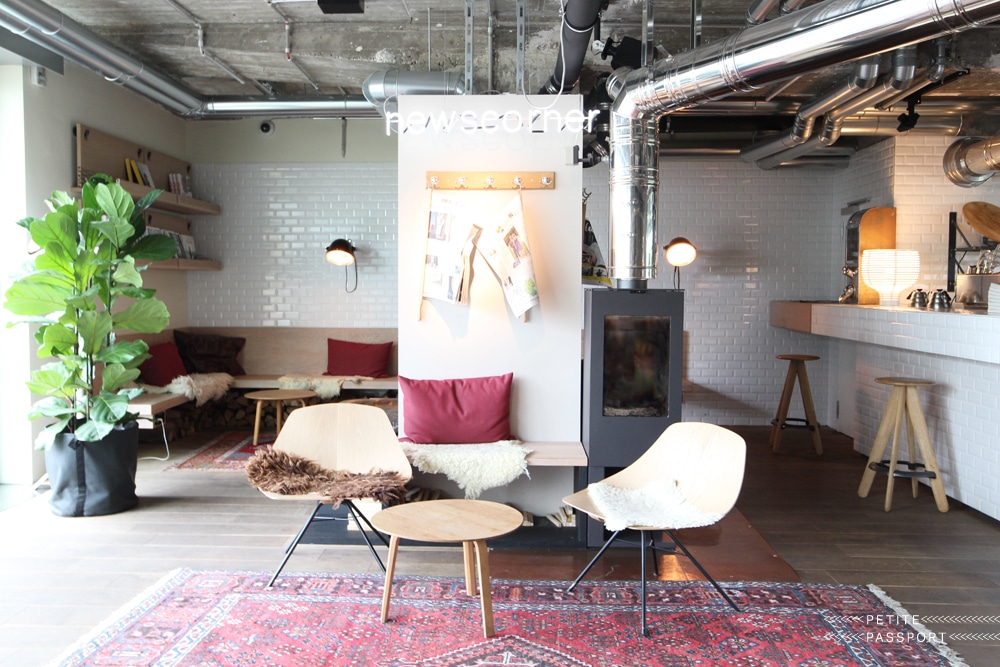 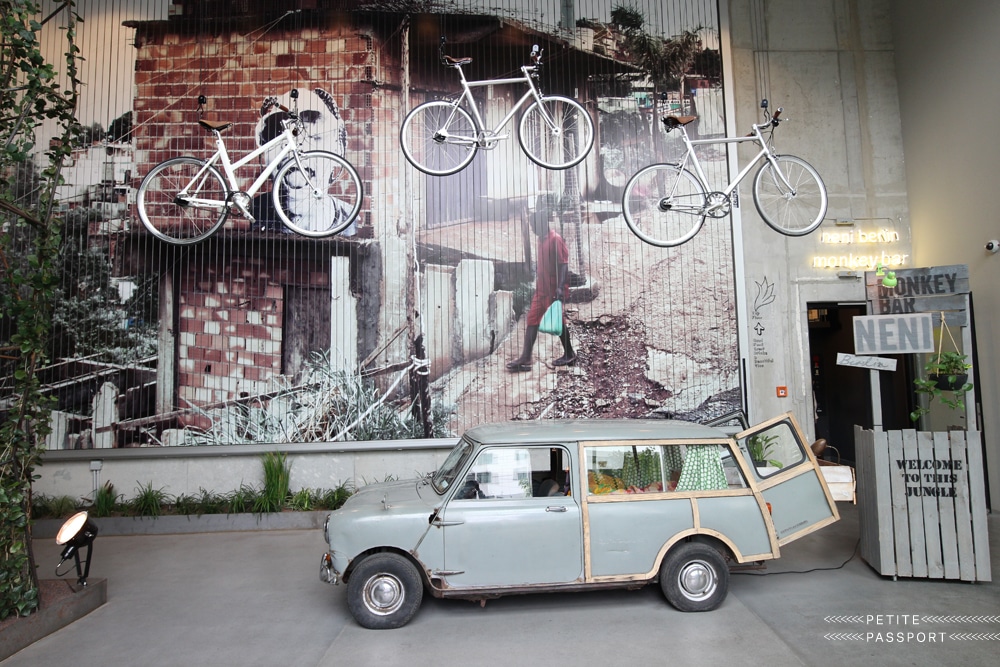 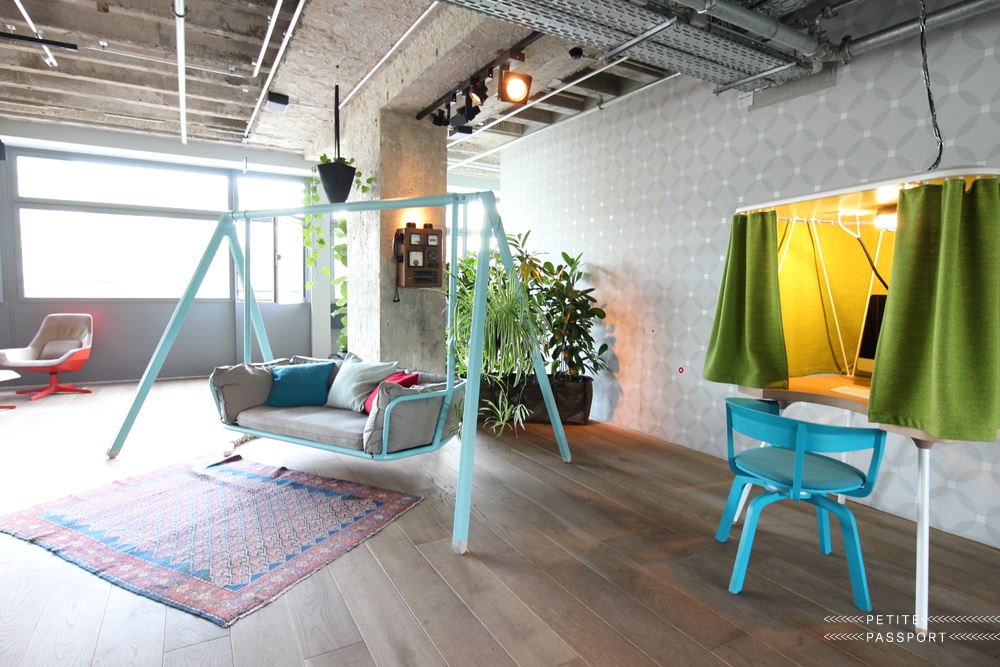 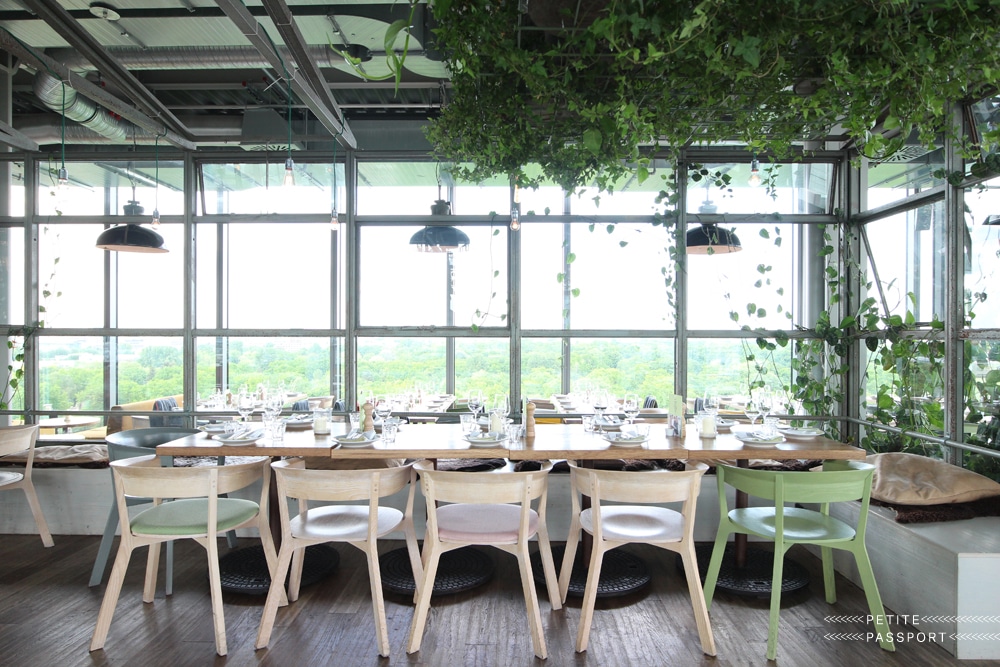 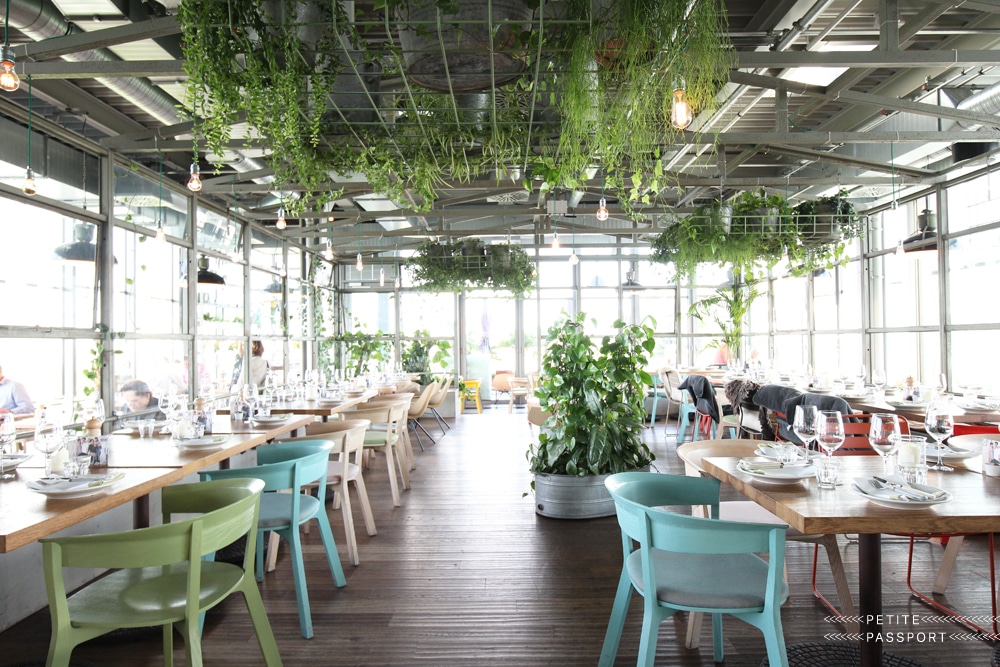 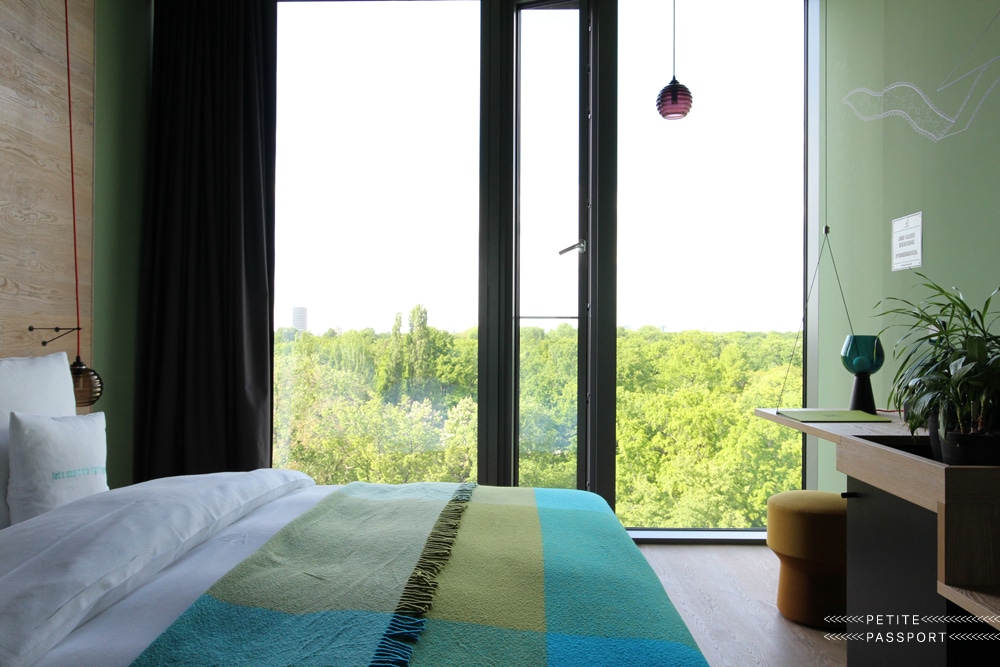 Shame on me but this was the first time ever to sleep in one of the 25Hours Hotels. They opened their first hotel in Hamburg already 10 years ago and after that we’ve seen openings in Frankfurt, another one in Hamburg , Vienna and Zurich. And last year the first 25Hours Hotel in Berlin opened its doors. And it’s not only the place to be for visitors of the city, but also for locals. Let’s found out what’s so special about this hotel with absolute jungle fever!

When you enter the hotel you’re not in the lobby yet. There are two elevators: one goes to the rooms and the reception, the other one is bringing locals and non-guests to the Monkey Bar and restaurant NENI upstairs. More about that later because I’m dying to see my room and I quickly take the elevator to the third floor where I’m stunned by the green view of the zoo and the beautiful reception in front of it. The service is superb! Everyone who works here is really kind and it looks like they all share the same mission: making you feel at home. The third floor is huge: there’s a bakery for a quick breakfast or coffee in the morning, there’s a kiosk curated by Gestalten Books, there’s a terrace, there’s a working lab and they have meeting rooms. On Thursday they invited an author to celebrate the launch of her book and after that there was a band playing. Always something going on here!

There are two kinds of rooms: the urban room with a view to the Kurfursterdamm and the city and the jungle rooms with a view over the zoo and the park. There are different categories on both room-types and I stayed in a Jungle Medium Room. I would highly recommend you to go for a jungle room because you can see the orang utans from your room and hear the birds singing. In winter, when the trees aren’t blossoming as much as this May, you can even see the giraffes and elephants I’ve heard. Nice! The room has everything you need: from a good shower to ‘Stop the Water While Using Me‘ (a German brand) amenities. From floor heating to an iPhone music dock which can be used with an iPhone 6 too. To create the jungle fever in the room you will find plants, an illustration on the wall and a monkey as cuddle toy.

I took the elevator to the top floor where you can find the Monkey Bar (great place to have cocktails with a view over the zoo) and restaurant NENI. NENI is the restaurant of Haya Molcho, an Israeli chef who named her restaurant after the initials of her four sons. She already worked together with the 25Hours Hotel in Vienna and it was so successful that they decided to open a new restaurant together in Berlin too. On the menu you’ll find a mix of Persian, Russian, Arabic, Turkish, Spanish, German and Austrian influences and they invite you to share the small dishes with your friends. From falafel to hummus and from grilled prawns to the delicious ossobucco I ordered for lunch. Make sure to make a reservation because it’s full every night.

How about getting around town? If you want to go to Berlin for a shopping trip you’ll find shops like And Other Stories, Uniqlo and Zara close by. But I know you want to go to Mitte and Kreuzberg too. Of course they thought about that too and that’s why they rent out bikes. It’s a lovely twenty minute bike ride through Tiergarten although you can also get the subway which brings you there in around ten minutes. If you want you can also hire a MINI free of charge. They have three cars available and it works like a ‘first comes, first go’, principle, but it’s definitely a great way to drive in the new MINI and see the sights of the city. And pay attention MINI-drivers: when you show them the key of your MINI you’ll get 15% discount on the best available room rate of that day.

My trip was sponsored by Visit Berlin.

restaurant by team of Katz Orange

restaurant by team of Katz Orange