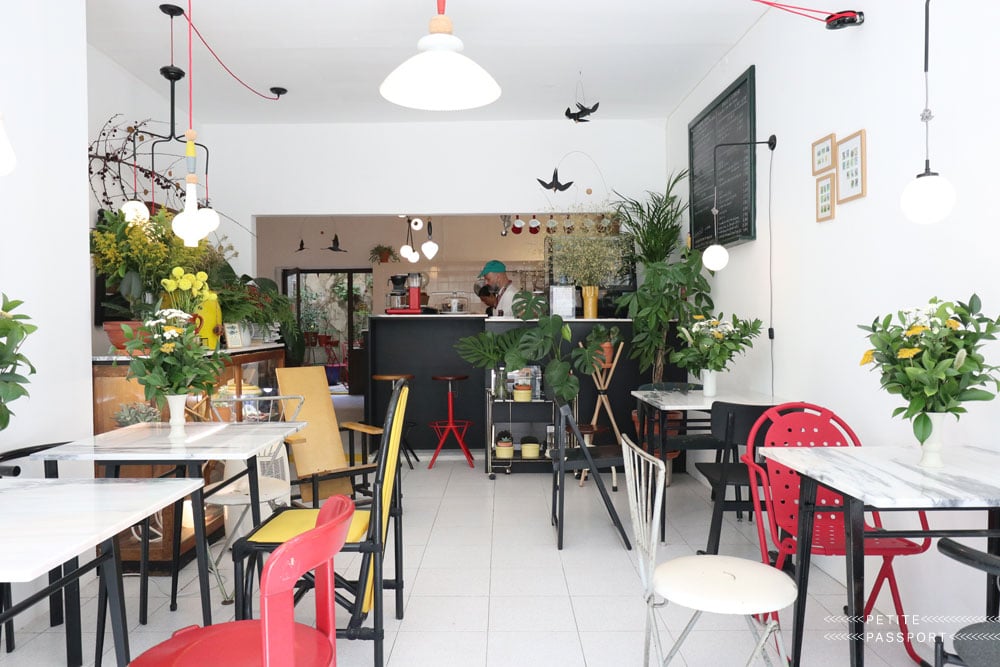 After making a report at EARLY Cedofeita for the soon to be launched Petite Passport Magazine an illustration on the windows of a narrow bar in the same street catches my attention. There’s a man in traditional Portuguese clothing on it, next to a woman in a kimono with a steaming pan in her hand. On the illustration it says: Namban Oporto Kitchen. And below I see the sign: fechado(meaning: closed).

When I look inside, I see a wonderfully eclectic mix of colorful furniture and beautiful bouquets on the tables. I’ll have to come back. Two days later they are open and I meet Sako and Miguel. The couple met in London after which they moved to Miguel’s homeland Portugal. Sako is from Japan and since they both love to cook, they started a living room restaurant. That went so well that they opened a cafe in the center, but they also grew out of it and now they are in Cedofeita.

‘Don’t call it fusion, because I don’t think that term is appropriate’, says Sako, who writes the menu of the day in Japanese on a plate. Yet their love for Japanese and Portuguese cuisine comes together in the delicious dishes they serve their guests, including a popular Japanese curry. And delicious fermented fruit in their desserts. Apart from the colorful interior, Miguel also makes striking jewelry.