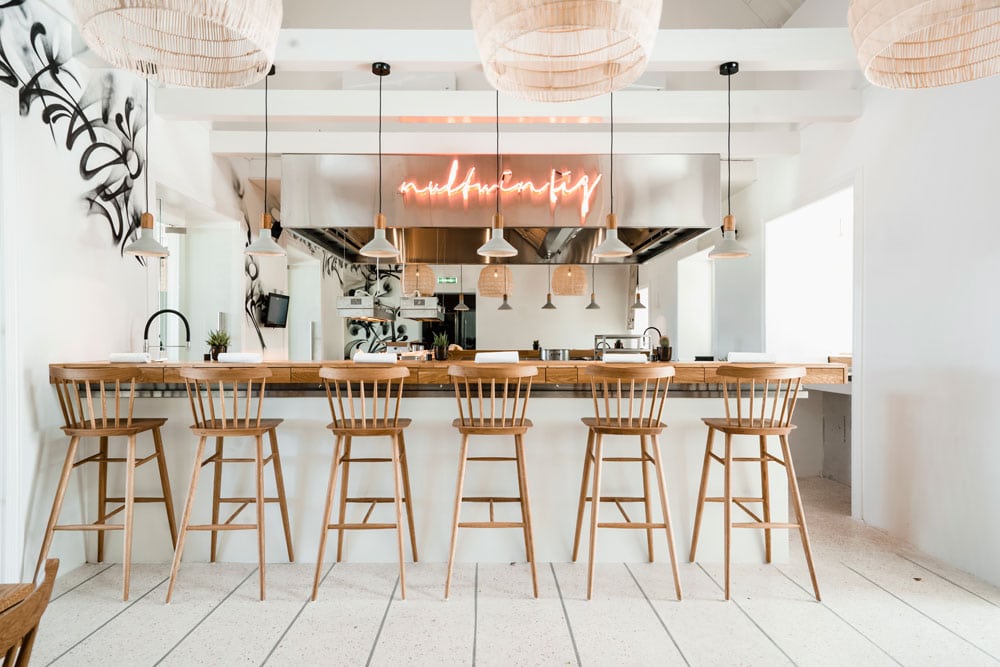 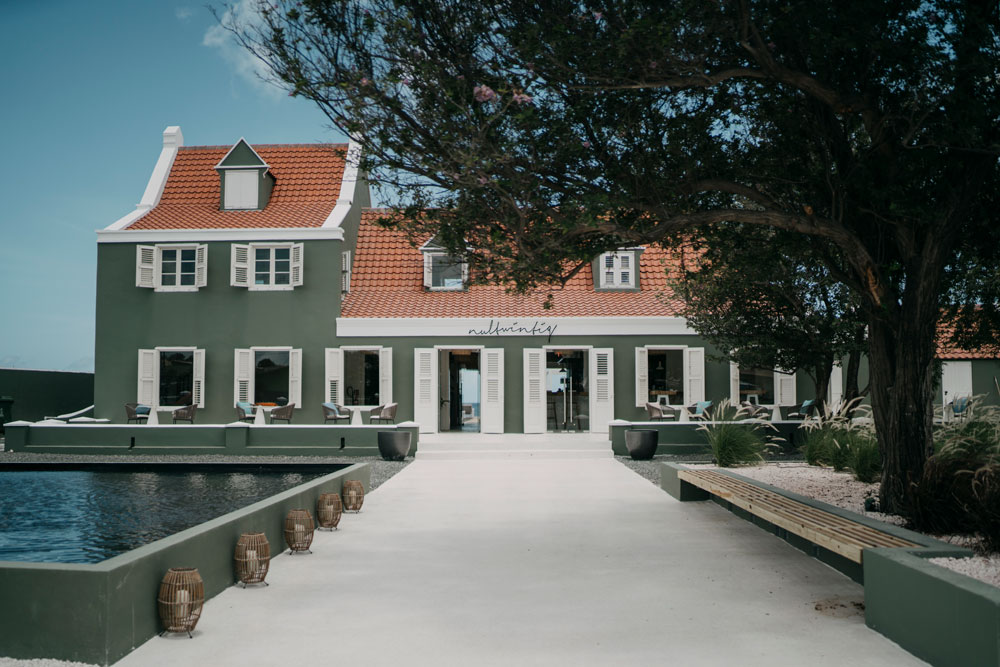 Nultwintig just opened the doors in Curacao, a restaurant by top chefs from Amsterdam who bring you light dishes with lots of vegetables.

Amsterdam based chefs Richard van Oostenbrugge and Thomas Groot get along quite well. They met in the kitchen of Bord’eau, after which they opened 212 in the Dutch capital. The kitchen has a central role in this restaurant. Guests don’t sit on a separate tables, but at the bar where they can follow every move of the chefs. 212 now has one Michelin star (read my review of the restaurant here).

The next adventure of the two culinary talents brought them to a sunny location. On the island of Curacao, part of popular holiday destination the Netherlands Antilles, they transformed a 16th century country house into a restaurant. At Nultwintig you can expect light dishes with lots of vegetables and sunny cocktails at an affordable price. The famous apple dessert of Bord’eau is also on the menu.

The interior is done by concrete and has a light and sunny vibe. Of course, the kitchen has the central role in the restaurant again, but since the chefs are aware of the view of the bright blue Caribbean Sea they extended the restaurant with a sunny terrace.