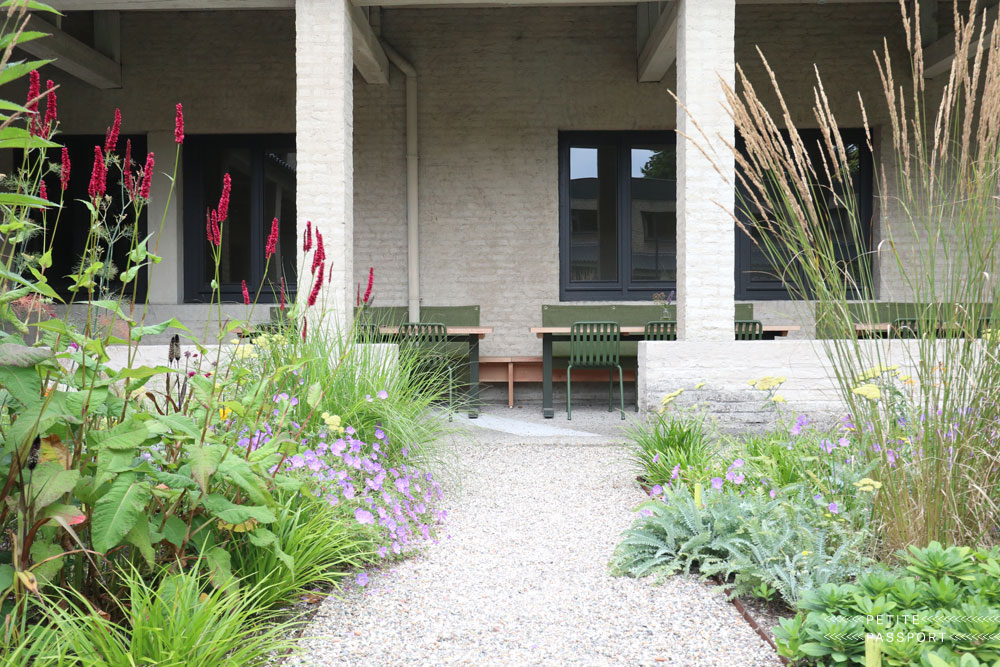 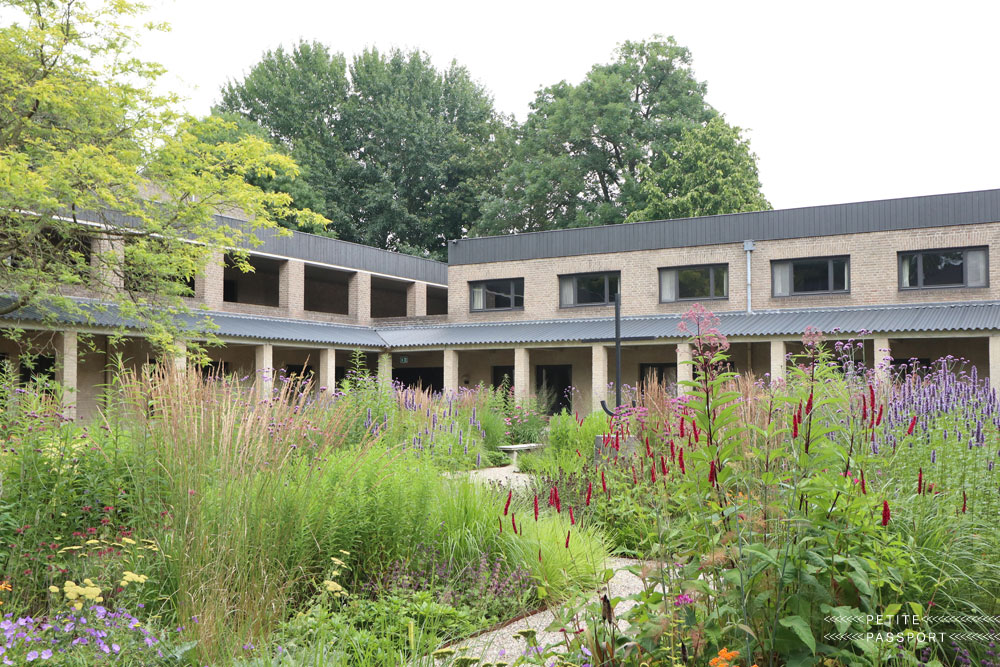 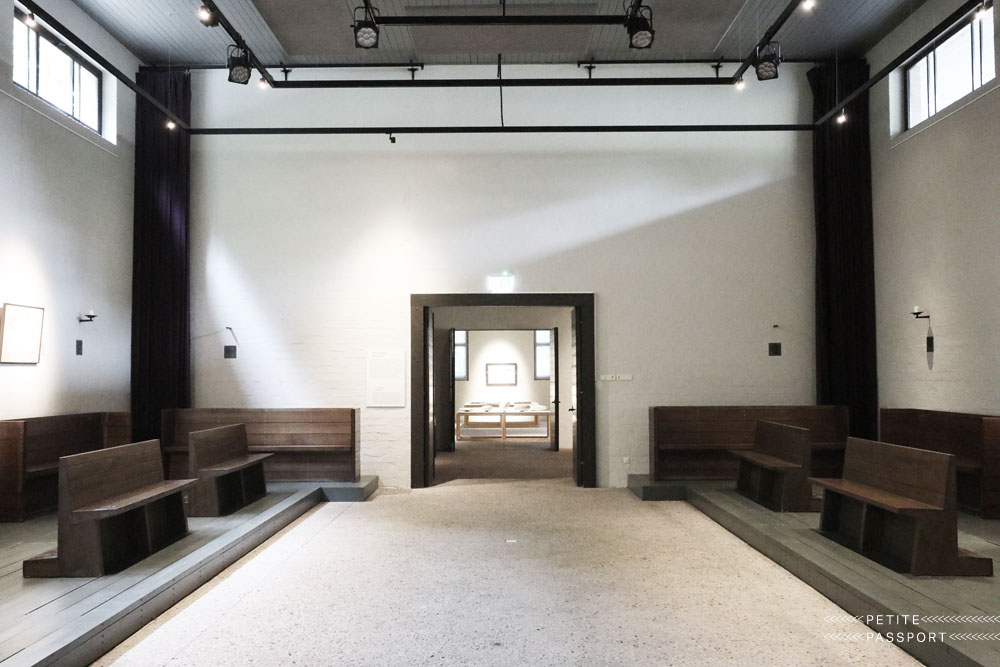 Science, architecture and art come together at Buitenplaats Doornburgh in Maarssen. Add a restaurant to it with chefs who worked at De Librije, Kadeau and Choux and you’ve found your favorite escape from the city!

Those who lived in Amsterdam in the 17th century with enough money bought a country house on the Vecht. Buitenplaats Doornburgh is one of those estates. When you walk past the stately house with singing birds in the background you can only imagine yourself in that era.

On the same site you’ll find a former monastery. Somewhat hidden, with a very different look and feel. No extravagant details, no large windows, but rather robust and almost incognito. You ring the bell in front of the large door and when they open the door you arrive in a serene room where the slippers immediately catch your eye. Meant for those visiting the exhibition and want to experience the serenity of the building in the same way the sisters did.

The monastery was built in the 1960s for fifteen sisters who made daily meditation walks through the priory, prayed and ate in silence in the dining room. Architect Dom Hans van der Laan is the founder of the Bossche School, a movement in architecture with a specific ratiosystem as a starting point. The style is minimalistic and creates a serene atmosphere. Together with his student Jan de Jong they worked on the monastery.

In 2016 the last three sisters moved out and Buitenplaats Doornburgh was bought by a project developer with a sense of art (MeyerBergman is also behind the Westergasfabriek and Paleis Soestdijk, for example) and a love of preserving historical heritage. Nowadays you can visit exhibitions in the former monastery – in the fall they invite Daan Roosegaarde, at the moment there’s an exhibition about the Bossche School.

There’s also a restaurant called De Zusters, named after the sisters who have lived there. In the kitchen you’ll find chefs who worked at some of the best/most inspiring restaurants in the world such as De Librije in Zwolle, Kadeau in Copenhagen and Choux in Amsterdam. Imagine being a chef working as close to ingredients coming straight out of the garden: you can see they really enjoy working here.

Because the restaurant is located in this former monastery, it’s not your standard ‘Let’s sit down, order a five-course menu and then leave again’ experience. Without giving away too much, I can say that you really immerse yourself in the history of the building. Along with delicious dishes of which the almond apricot soup was my favorite, along with the salad with herring and the goat cheese butter cake (!). A true recommendable experience.

Out of the city

You see more and more (Michelin-starred) chefs moving to the countryside. Septime opened a restaurant in a nature reserve two hours from Paris, Kobus van der Merwe cooks two hours from Cape Town in a small restaurant in Paternoster and April Bloomfield from New York now also has a farm with restaurant in the British countryside. Of course for us, people living in cities all around the world, it takes a little bit more effort to go there, but it’s so worth it. When you arrive on the estate, the stress seems to fall away immediately. You are in a different world for a moment. And because the spiritual character of the building is still present, the serene will also affect you as a visitor. Even if you are only there for one evening. So go!

What's new in the Dom Stad

What's new in the Dom Stad

From coffee to a 5-course dinner

From coffee to a 5-course dinner