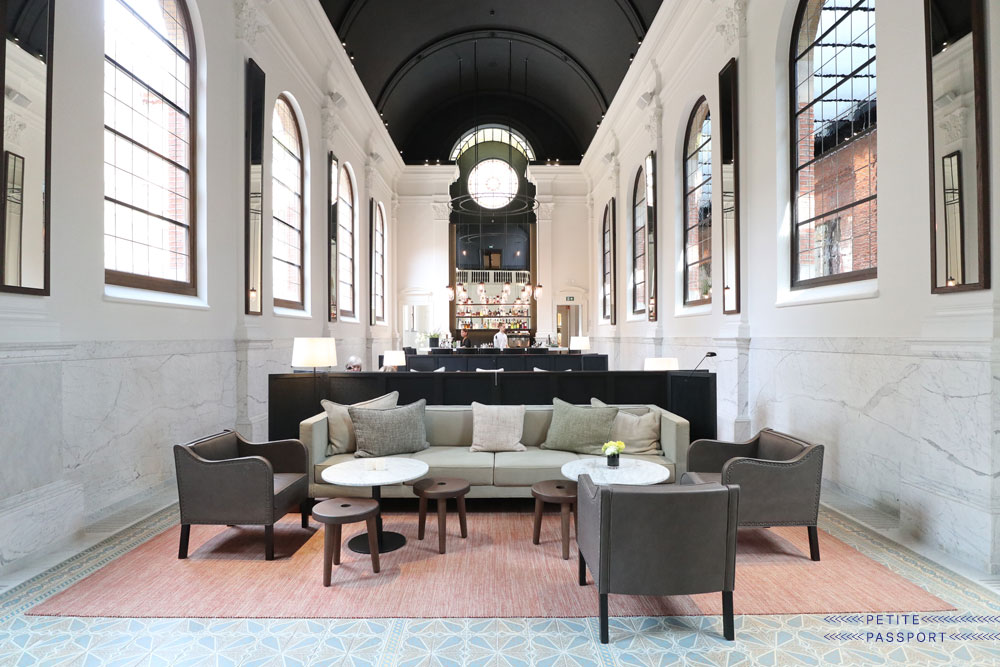 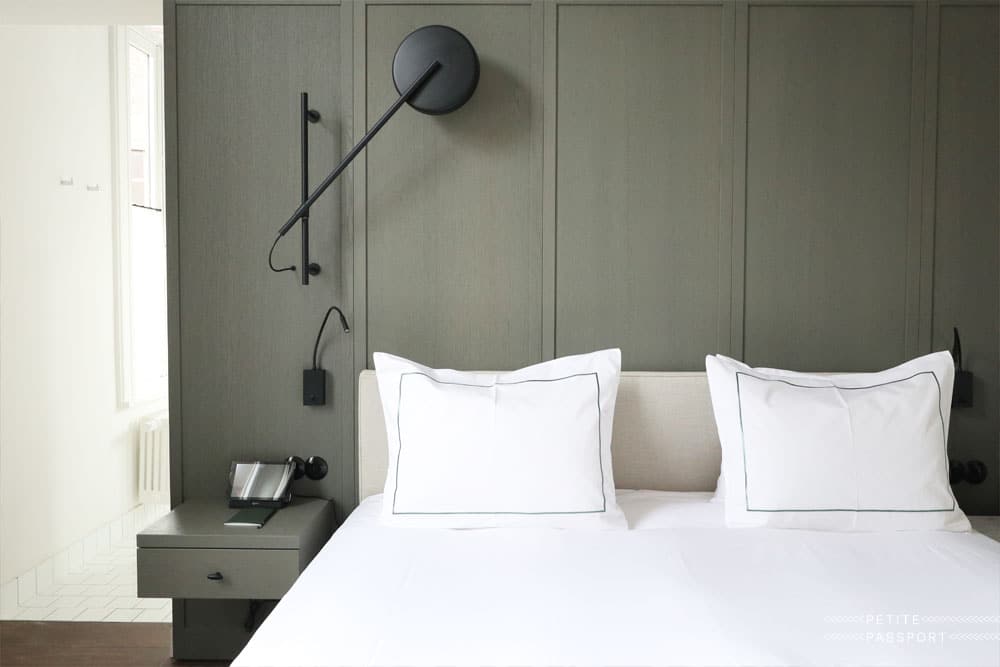 When restaurant The Jane opened its doors five years ago, ‘t Groen Kwartier in Antwerp wasn’t as lively as it is today. Once the site of a Military Hospital the chapel of The Jane was used for soldiers to pray. In the last couple of years, lofts and apartments were built, Pakt became a hub for creative businesses with cafes and a vegetable garden on the roof and Fosbury & Sons and The Plant Corner are also located in this area.

Five years ago something else happened as well. Entrepreneur Mouche van Hool, also behind Hotel Julien, bought the cloister with the idea of turning it into a hotel together with Vincent Van Duysen. The architect also designed Graanmarkt 13, as well as many other worldwide projects that excel in warmth, serenity, and timelessness. Places where the interior embraces you without being too present, so you experience peace and more than enough breathing space as a guest.

Renovation of a monument

Since August is a monumental building, the renovation had to be done very carefully. They’ve retained as much as the original details as possible and they restored a lot. In the chapel, where the bar is now located, the marble you see on the sides is authentic. Just like the round stained glass window and the floor tiles. The color of the tiles in the windows was slightly darker. They restored it in a way that the appearance remains the same, but the window became much more transparent. In the garden, there’s a cave they had to keep. Once used as a serene place of prayer with a statue of Mary and candles, you can now sit there in the sun, out of the wind, with a glass of wine.

Vincent Van Duysen has been involved in all aspects of August. Everything in the hotel was designed by himself – often in collaboration with producers such as Flos, Serax or Molteni. In the bar, where the altar used to be, you’ll see a chandelier made of the lamps you see throughout the rest of the hotel as well. The two huge rugs on the ground in the chapel were created together with a small Portuguese weaving company. And Mouche van Hool told me she was in London when she came across a gallery where she first saw the work of British artist Peter Seal. She fell in love immediately: now you can find his work throughout the hotel.

If you look to the right after checking in, you immediately look into the jaw-dropping bar/lobby in the former chapel. Next to it, you’ll find the restaurant Nick Bril runs together with his former sous-chef Pieter Starmans. This turns ‘t Groen Kwartier into an even richer culinary destination. The Jane, awarded with two Michelin stars, is a high-level fine dining restaurant, The Upper Room Bar is slightly more casual and at August you can order a three-course menu. All with top-level ingredients.

There’s a total of 44 rooms in different categories. Once the rooms were used by the nuns, so they still radiate a serene interior, but with all the luxury you can think of (a rain shower, thick bathrobes, soft duvets, and a wonderful room scent). The first room types – intimate, authentic, signature – vary in size, some have a bath and others don’t, but they all have a high ceiling and a beautiful green wall behind the bed with lamps also designed by Vincent Van Duysen. If you book a romantic weekend in Antwerp, I would recommend the Experience Plus Rooms. They are located under the roof, the beams and the wooden ceiling are still visible and they have a freestanding bathtub. Cozy love nests so to say!

Another garden with a small bar where you can relax in Summer. There’s a library with many books about Belgium, Antwerp, and architecture. There are meeting rooms. There is a spa with a natural swimming pool. You can rent the whole spa here, so you will never have to experience the sauna/hammam with strangers. A beautiful design detail is the concrete seating area in front of the hotel. It brings together the two different buildings – 10 rooms will open there soon and there’s also a small cafe where you can read the newspaper or go to for a quick breakfast and a shop that sells hotel items such as glasses designed by Vincent Van Duysen for Serax and the bathrobes.

I would recommend combining a stay at August with a culinary weekend in Antwerp. Dine at The Jane or the Upper Room Bar, drink some wine and you don’t have to get in your car or take a taxi. Also if you want to explore the city but like to stay in a quieter neighborhood I would recommend August. They rent out bikes and you’ll be at St Vincents on the Kleine Markt in just 11 minutes. And for everyone who isn’t looking for a place to stay, you can also visit August for a cocktail in the stunning bar or a dinner in the restaurant.

For more recommendations in Antwerp, check out Petite Passport Magazine #01

From Antwerp to New York

From Antwerp to New York

with a focus on vegetables

with a focus on vegetables