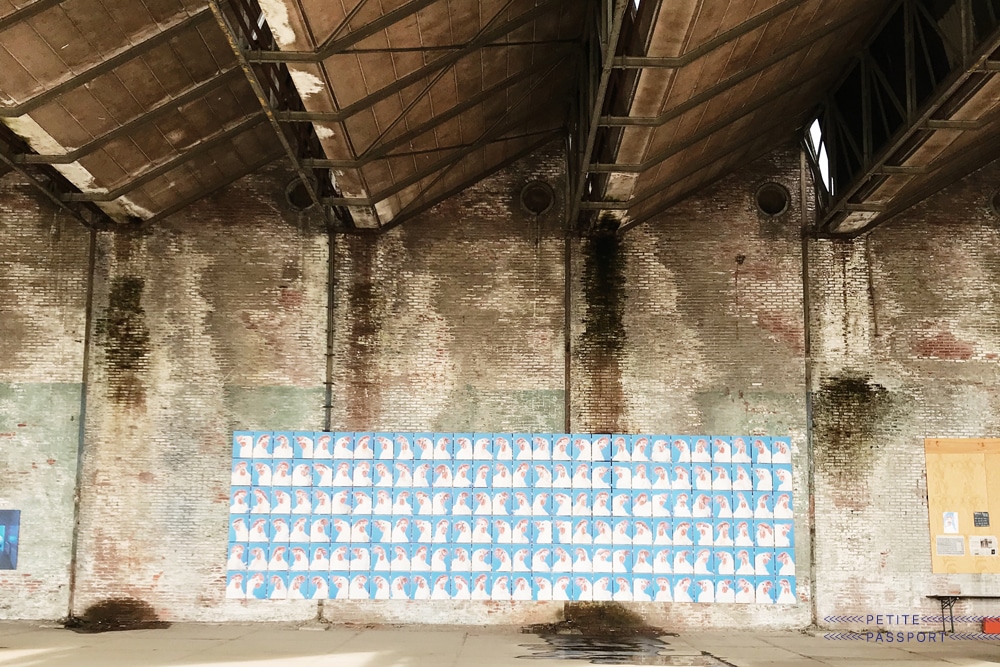 Breda Photo is the largest photo festival in the Netherlands. Every two years the whole city is transformed into a large open-air museum for six weeks. Last weekend I visited the festival, spotted the best new places and stayed at the lovely Stadslogement Breda.

To Infinity and Beyond

The theme of this year’s edition of Breda Photo is ‘To Infinity and Beyond’ where they explore the influence technology and science have on society. Not the sexiest subjects you may think, but we are preoccupied with technology and science every day. Just look at how often you take a picture with your smartphone. In various exhibitions, they invite us to reflect on our own behavior. For example, if you have a child, you probably discuss safety and privacy with your friends and family. Breda Photo shows us the photos of @marlyvd who likes to take pictures of her child but never shows her face in the photo. It makes you think about your own view about privacy on the internet.

Digital world vs travel and God

Then there’s the work of Joris Verleg in Stedelijk Museum Breda. He collected holiday snaps of the most famous tourist attractions and turned them into a video. You’ll see how often we take the same photos of the Golden Gate Bridge or the Big Ben. If you take it one step further, there’s the work of Joris Deleersnyder who compares our addiction to apps with God. Are both institutions addictions? He then connects the digital world with the church via photos. You see a picture of a Christ statue with next to him a sign of the password of the wifi code. And he shows a website where you can burn a candle for someone. So you don’t have to enter the church anymore. It raises the question if we will we see the world in the future via our screens only? When I walk through the city and see people biking and staring at their phones like zombies, I sometimes think so. Although I also know that there is a big group of people, who drastically reduces screen use and spend more time in nature, on the couch with a book and, while traveling, enjoying the moment instead of seeing the world behind the lens of their camera.

Through the whole city runs a walking route where you will end up at unique locations. The most impressive site is of course De Koepel, a former prison built in a circle so the guards could keep a close eye on the prisoners from the center of the building. The Drie van Breda, three dangerous war criminals, were imprisoned here. From a local of Breda I learned this is also called the lazy corner of Breda: in prison, they were sitting, in the hospital across the street, they were lying down. Funny fact!

Furthermore, you can visit the Harbour Area where the Backer & Rueb factory, where they once made steam locomotives, is one of the locations to go. You will notice life-size photos of skies. First, it makes you calm looking at them, but that changes after you read the description ‘Killer Skies’. These are actual photographs of skies during drone attacks in the Middle East, a new form of warfare which makes many innocent civilians victim. The work of Masamichi Kagaya can also be seen in that former factory. He photographs the radioactivity that was released during the nuclear disaster of Fukushima. We see everyday objects such as scissors or a rain boot. I kept on thinking: if there is so much radioactivity to notice on something small like a pair of scissors is the photographer not infected? A dangerous mission, that’s for sure.

Apart from Breda Photo I would like to give you some other recommendations too. I would invite you to have dinner at Pampelonne, named after the famous beach in Saint-Tropez. A newly opened restaurant, with only a few tables and a big focus on seafood. Kamu, diagonally opposite the Stedelijk Museum, is the place to go for coffee and bikes. The Stedelijk Museum always has cool exhibitions: this time the focus was mainly on Breda Photo. They also have a beautiful courtyard with a vertical garden (see picture above).

And I recommend Stadslogement Breda as a place to stay. It is located on a park and has two spacious studios with their own kitchen. That makes it interesting for business travelers too. I stayed in De Loft on the top floor directly under the roof which made it very cozy when it started to rain. There is also a roof terrace and you can rent a bike so you can discover Breda even better.

How to get there

Breda is easily accessible by both car and public transport. New is the fast, direct train connection between Brussels and Breda. In the past, you had to go to Belgium via Dordrecht, but now you can go directly to Belgium. That saves a lot of time!