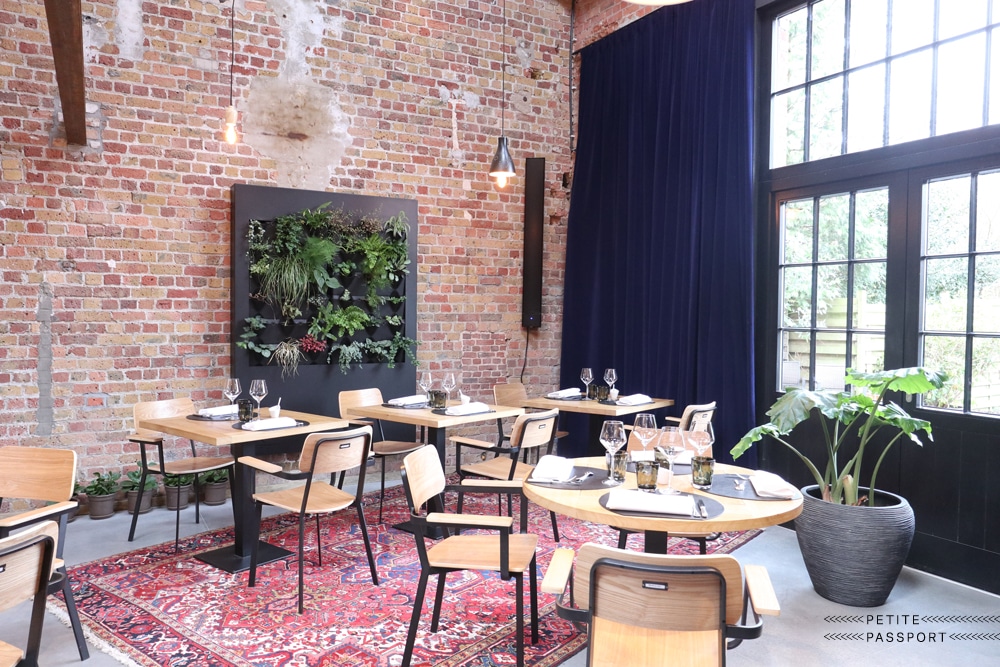 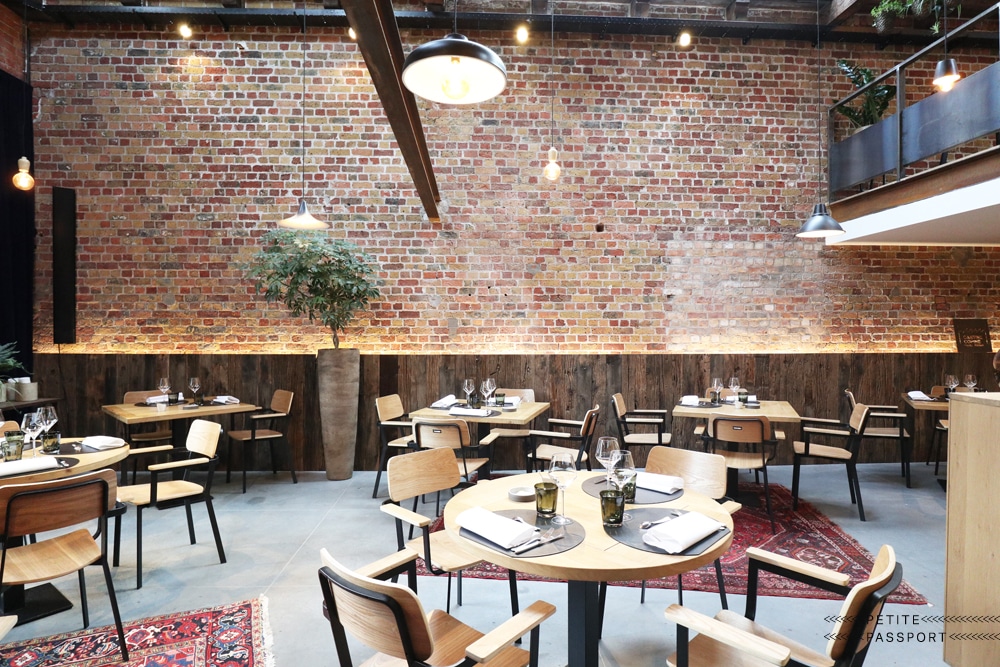 Chef Karen Keygnaert closed her Michelin star restaurant and opened Cantine Copine on the site of a former brush factory.

Cantine Copine is located just outside Bruges (tip: go by car) on the site of a former brush factory. In the middle of a residential area. Think: Westergasfabriek in Amsterdam, but smaller. Cantine Copine already looks beautiful from the outside, but then you haven’t seen the interior yet.

Chairs with names on them

The industrial building has a considerable lof of height and is partially split in two. This way they have created space above the kitchen where you can also have lunch or dinner. The industrial details have been retained, but supplemented with plants, thick blue curtains and cool designer chairs. There is a story behind those chairs because something went wrong with the original chairs they ordered. They did not arrive and therefore they had to organize a crowdfunding action. Now the seats have the name of the ‘funder’ on them. Funny detail.

It happens more often in Belgium. Chefs who cook at Michelin star level deciding to close their restaurant because they want to embrace the playfulness in cooking – instead of following the strict rules. And so they open a more nonchalant restaurant. Which, in the case of Nick Bril and Sergio Herman with The Jane, will still be awarded with stars as the talent remains of course. This is also the case with Karen Keygnaert. She ran A’Qi and decided to set up a more accessible concept with Cantine Copine. No rules, no dress code, but very refined dishes where enjoyment is paramount.

If you’re in Bruges, don’t forget to stay the night at Kind of OJ, a bed and breakfast with a focus on art and design.