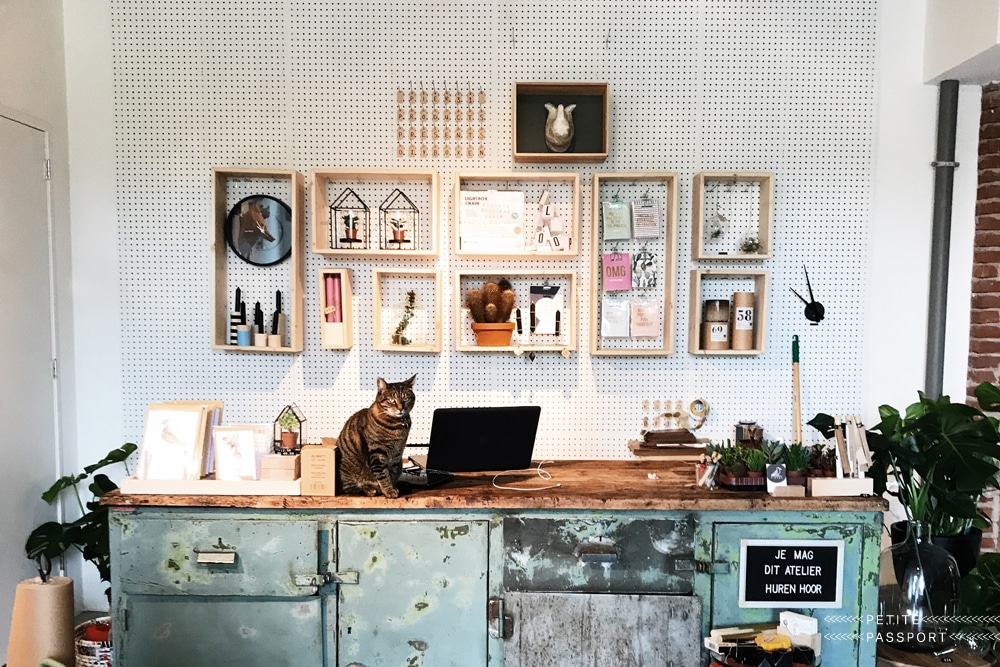 The next couple of months I’m gonna explore Brabant as there are a lot of interesting design events going on. On Friday I went to Tilburg and I love to share my finds with you!

Textile capital of The Netherlands

Tilburg is the Textile capital of The Netherlands. Designers such as Viktor & Rolf, Mae Engelgeer and Studio Job all come to Tilburg when they are working on new fabrics. The city is not build around one center as you see in cities like Amsterdam or Den Bosch, but is made out of small villages inside the city. Why? Well, during the heydays of the textile industry (way back to the end of the 19th century) the city had more than 125 wool fabric factories. And those places served as villages complete with stores, houses and sheep. A lot of sheep.

One of the must visits of Tilburg if you want to learn more about the city, but more importantly if you want to see how designers work to create their inspiring fabrics, is a visit to Textielmuseum. This year the museum was awarded as the Best Museum of 2017. Apart from the museum they also have the TextielLab. Where you can get an up-close look at the production of for example the tea towels of Studio Job. There’s also an exhibition called Earth Matters curated by trend forecaster Lidewij Edelkoort and Philip Fimmano. They explore how designers such as AtelierNL, Piet Hein Eek and Hella Jongerius work with nature.

Just like the little textile-villages in the 19th century the city still has several areas to explore. The Piushaven for example where the terrace of Villa Pastorie is the perfect place to have lunch on a warm day. Next to it you’ll find Pier31, a cute concept store where you can buy some local design. In ‘Het Dwaalgebied’ you can find independent hotspots like Meneer en Mevrouw van Hout where they sell mostly Scandinavian inspired design, new bakery Pig & Rye and Zoete Zaken, a patisserie with a lovely hidden garden. And ‘De Spoorzone’ is a complete new area on the Northside of Central Station where you will find two lovely restaurants: Houtloods and Eetbar de Wagon.

Tilburg also has a fantastic museum for modern art called De Pont. I didn’t go there this time as I’m waiting for Anish Kapoor’s new art work to arrive on September 16. The British artist, who is known for Cloud Gate in Chicago, is currently making a sculpture especially for the museum’s 25th birthday.