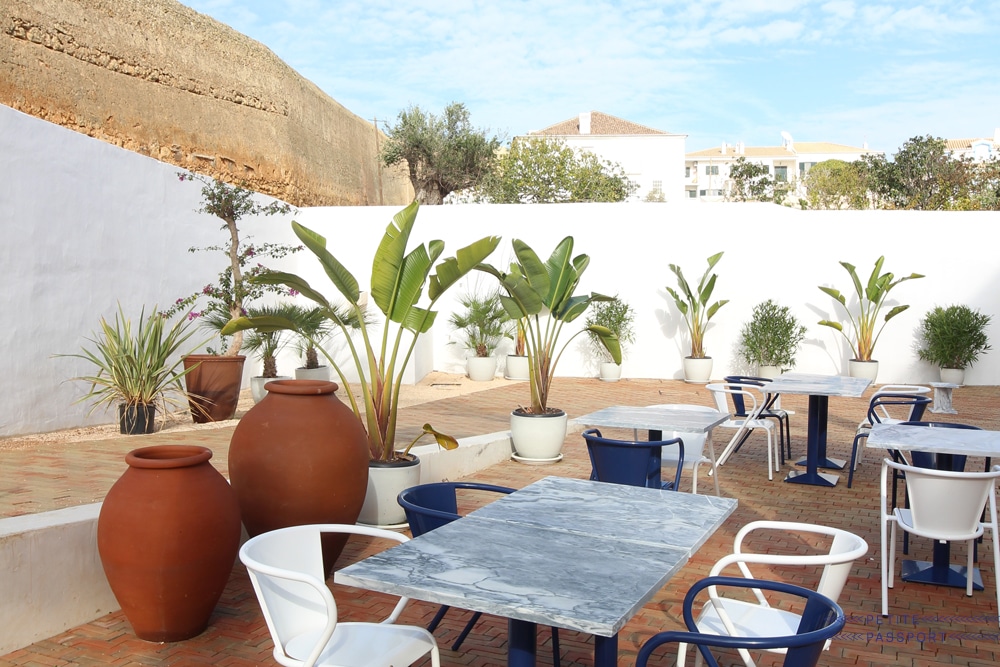 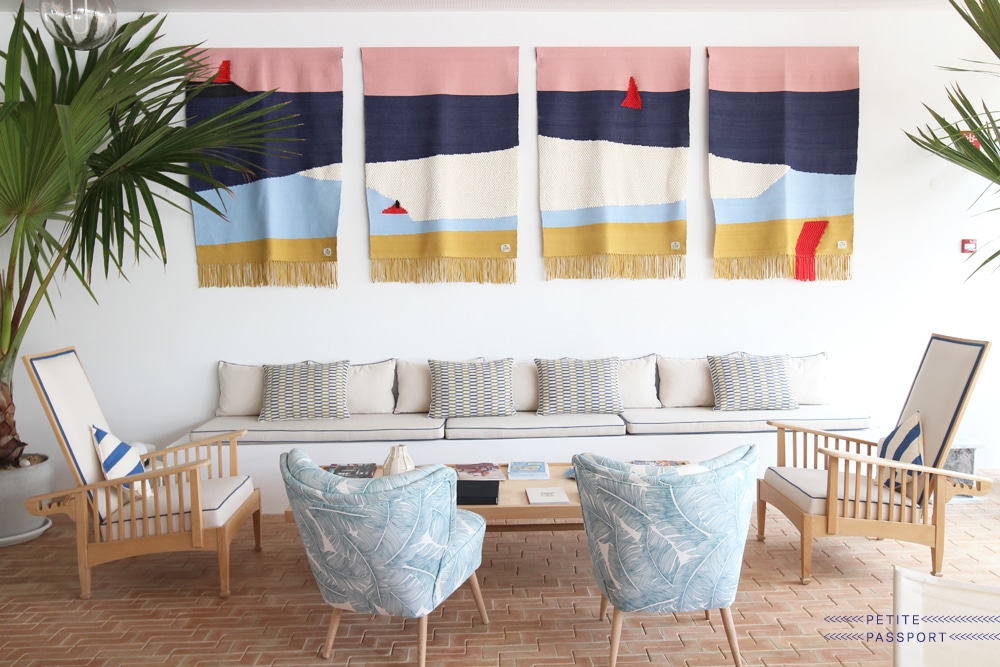 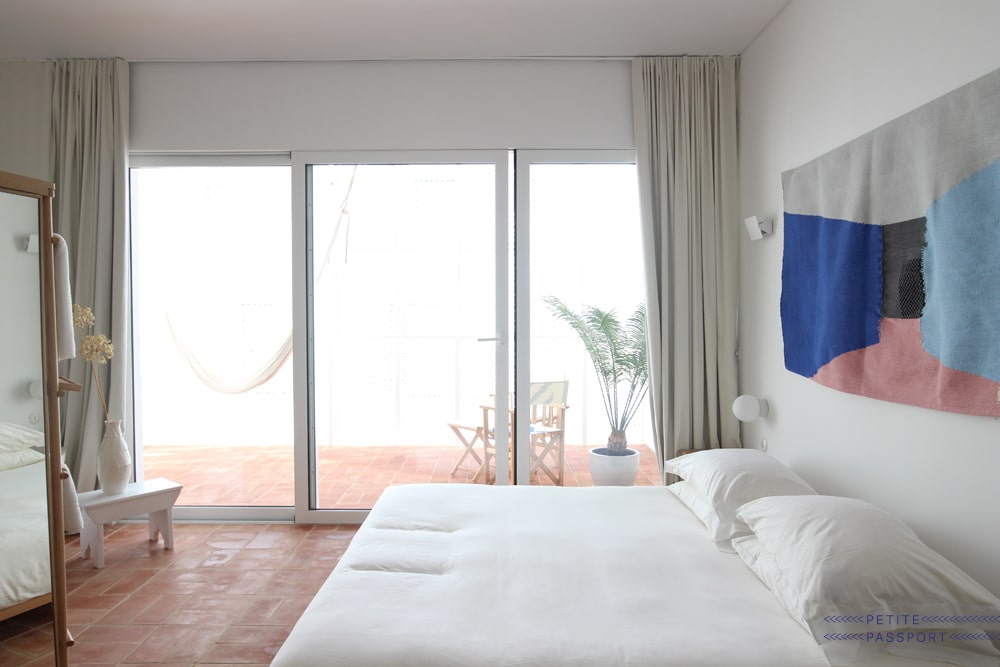 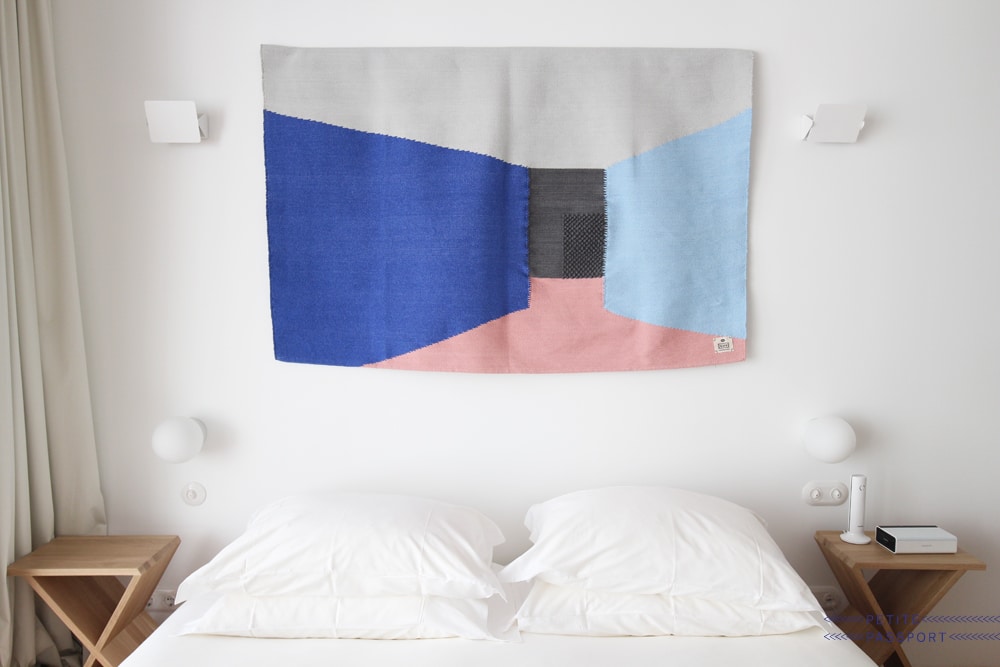 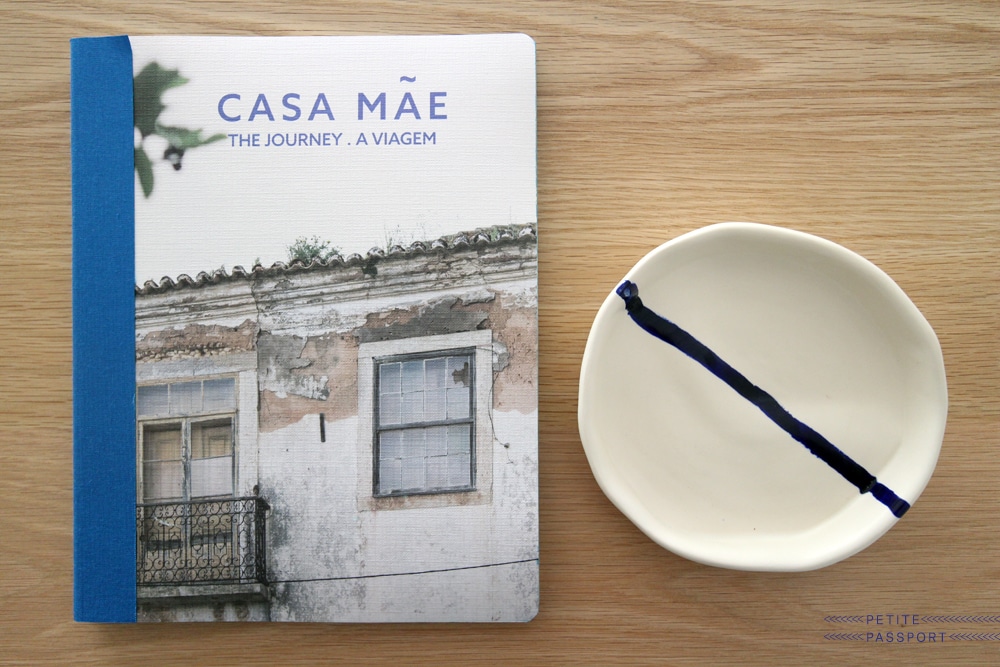 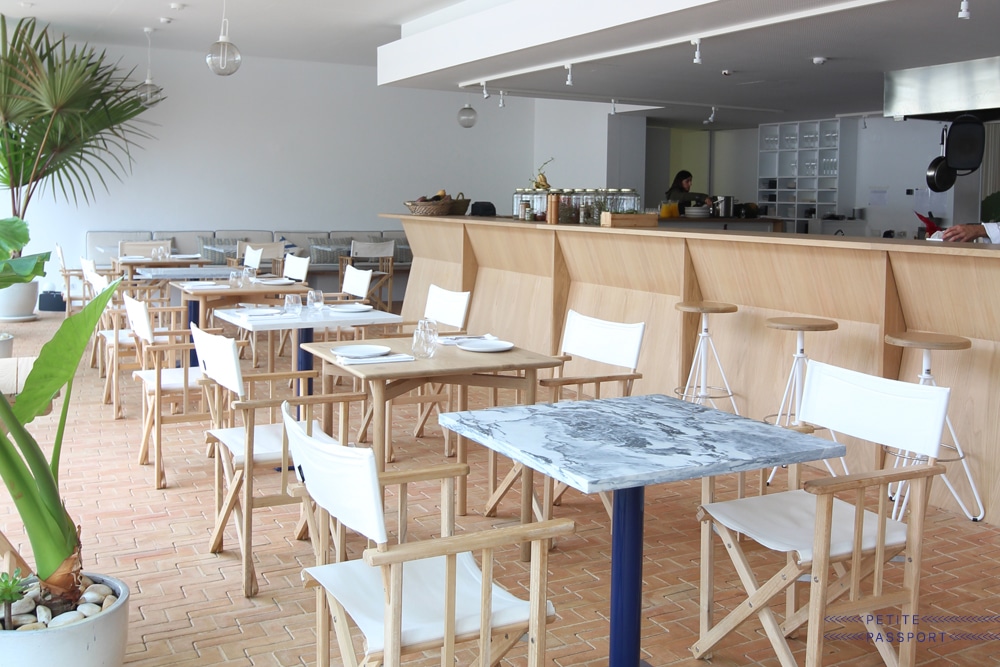 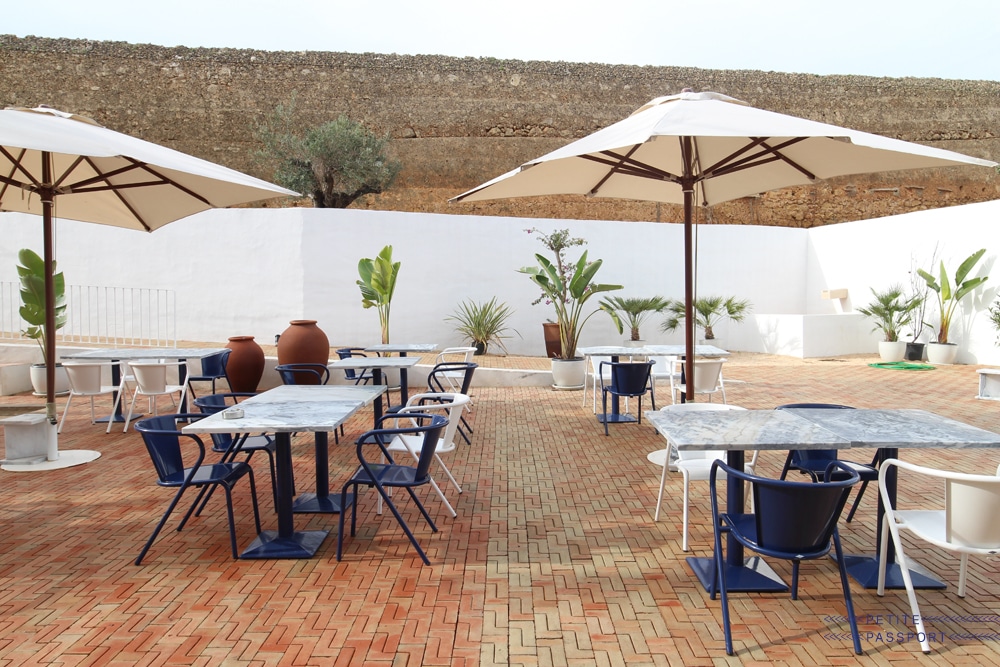 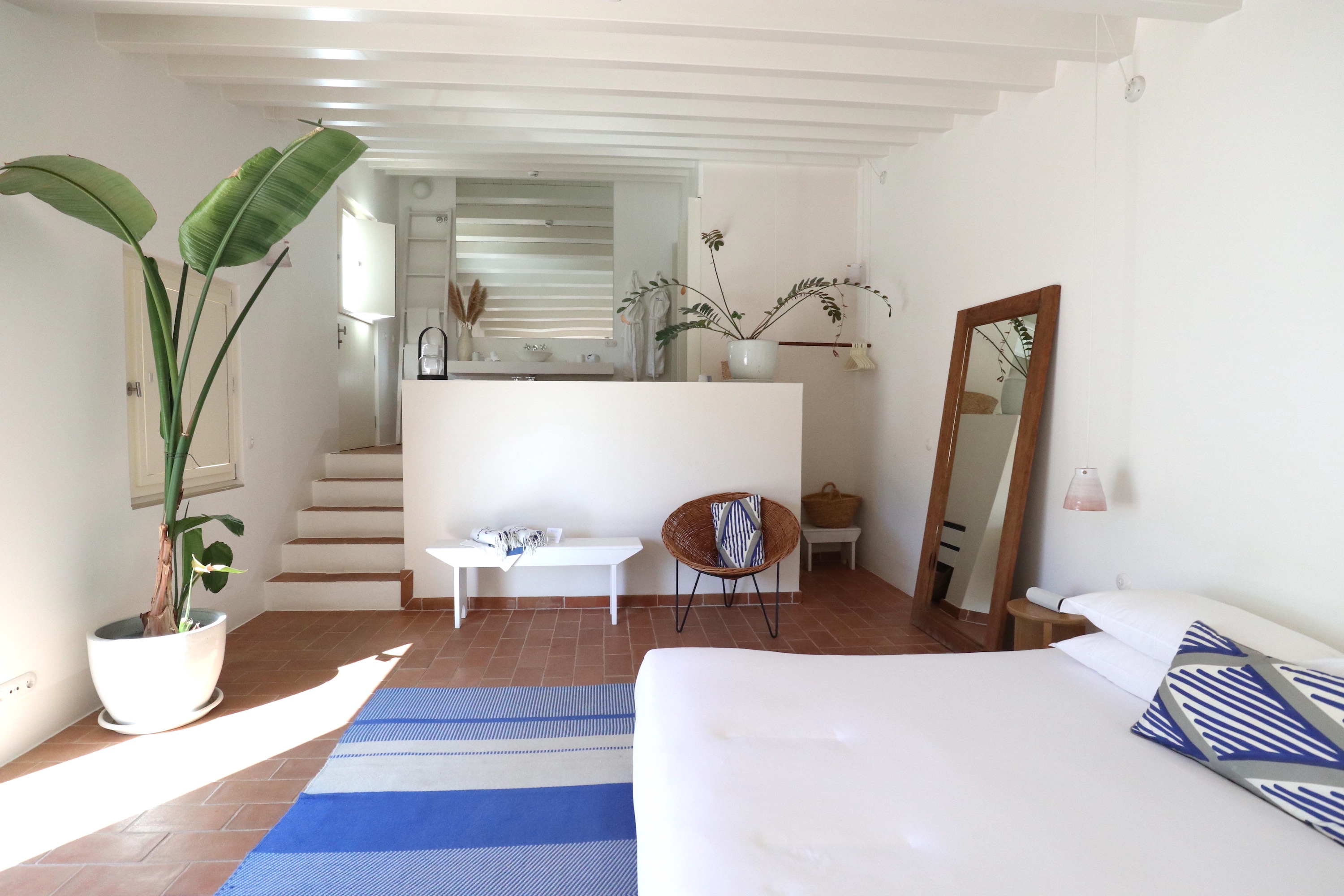 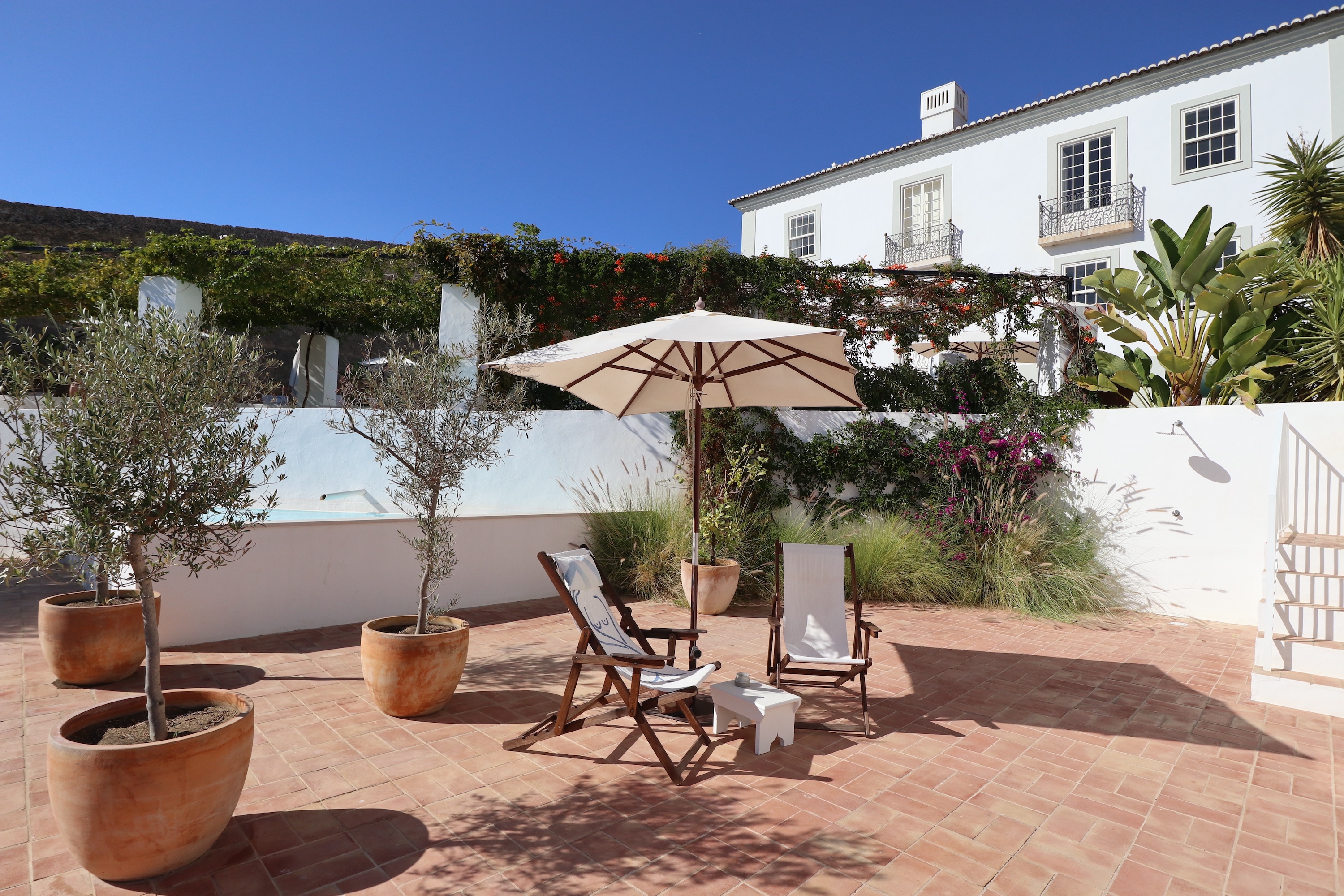 I’ve visited Casa Mae again in October 2021 and to be honest: it was even better than the first time. I’ve stayed in one of their Cabanas, a spacious suite with bath and patio (see last two photos in the carousel above). This part of the hotel wasn’t finished when I visited in 2016 and it’s the perfect place to enjoy the sun. Whether it be in one of the houses or in the swimming pool. They also opened a spa next to the hotel and the main building now also has a swimming pool and a gym. Definitely worth staying if you’re going to the Algarve.

Veronique, the co-owner of the recently opened Casa Mae in Lagos, was born in Paris and worked as an investment banker for years until she went travelling to Lisbon. She didn’t know anyone there and decided to organize a pop up dinner party to meet people. She got in touch with a lot of people, but especially with creative entrepreneurs from all over Portugal who were bringing new life into the crafts of their parents and grandparents. Think of weaving, pottery, making furniture etc. Veronique always wanted to open an hotel and that’s when she found this beautiful property in the center of Lagos, located directly next to the historic wall of Lagos. Her idea was to bring the arts and craft from Portugal into this hotel, but then with a modern touch. So she invited the creative entrepreneurs she met during her time in Portugal and opened Casa Mae in September 2016.

With my reservation comes a route map to reach the hotel. Lagos is a pittoresk white village with an impressive maritime history. They build a wall around the city in the late 15th century to prevent the village from attacks by pirates. It was the first city fortified in the Iberian Peninsula. Casa Mae is located inside the wall and because of the narrow streets there I park the car five minutes further up. Via a big round opening in the wall you reach the village and the hotel.

The hotel has two entrances: one hotel entrance and one of the shop (Loja in Portugese). The staff welcomes me with something to drink in the garden behind the hotel and I love the fact that it’s december and I can still sit outside in the sun without my coat on. When I drink my orange juice I see the oranges hanging in the trees. The hotel also has a farm in the mountains to ensure that the food they make in Orta, the restaurant, is as fresh as possible. They cook with the seasons and of course, since Lagos is also a fishing village, the fish can’t be any fresher. Every Friday they organize a fine dining dinner to celebrate local food and this Friday I’ve celebrated Algarvian Christmas with them and tried a delicious six-course menu coming right out of the hills and forests of Monchique. Such as squids, wild board and turnip with cauliflower cream.

There are 22 rooms in the hotel and mine has everything you want. Plants, a freestanding bath tub, warm bathrobes, a fantastic Coco-mat mattress, a beautiful rug on the wall, nice smelling shampoo and bath gel and a terrace with a hammock. And everything you like is for sale in the shop on the ground floor. The rugs from Rugby Gur for example, the ceramics van Circulo or fashion by Once a Day Wear. You’ll also love the tables and ceramic pots with the shampoo in it. The oak furniture of the hotel are all bespoke and designed by Martin Blanchard who also collaborated with the dozens of Portuguese artisans and designers to create  unique pieces for the hotel.

Soon there will be three Cabanas opening in the garden. I’ve seen it during construction and it will be quite romantic with an outdoor shower and your own patio. Then there’s the big country house which will be having another restaurant and some beautiful rooms and there will be a huge garden/farm and a swimming pool coming soon. I would highly recommend you to stay at Casa Mae, or at least visit their restaurant and shop, when you’re going to the Algarve. It’s the perfect spot to explore more of the West of the Algarve including the most beautiful beaches and rock formations nearby. And say hi from me to Veronique! 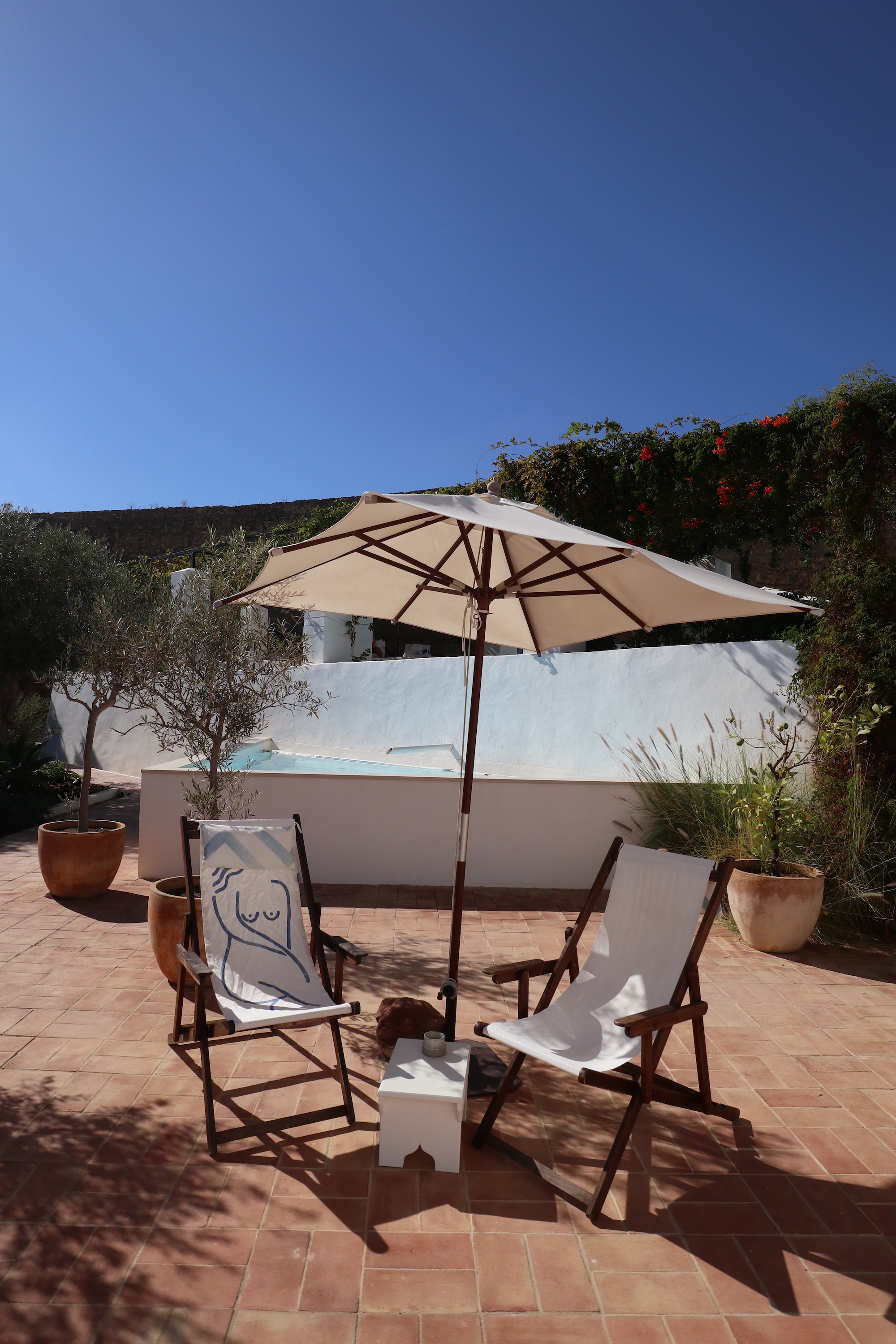