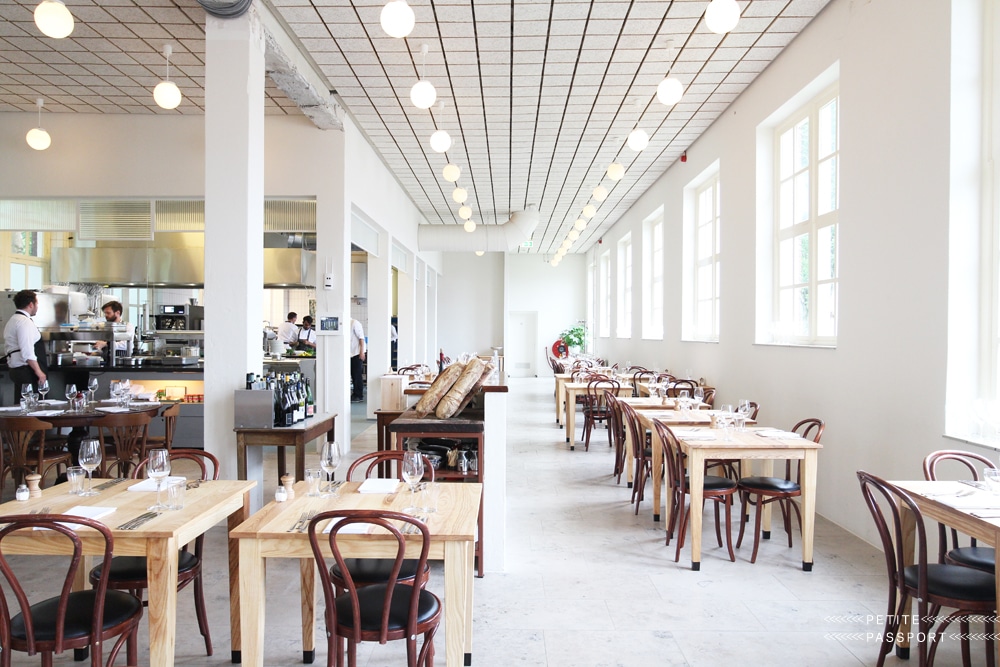 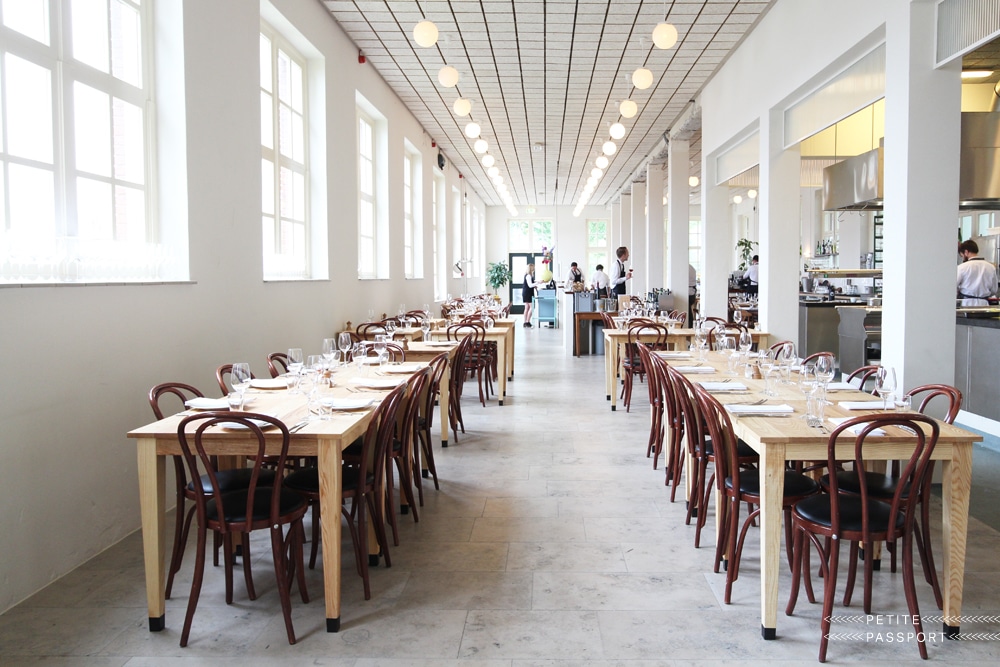 Pieter Smits worked at Hotel de Goudfazant (featured in The Amsterdam Guide) before opening his successful restaurant Rijsel in Amsterdam. And now, seven years after the opening of Rijsel, he opened a new restaurant called Scheepskameel. Definitely filed in the category ‘restaurants that aren’t that easy to find’ I worked my way via security and policemen because there was an Eurotop going on when I visited the restaurant last Thursday. Scheepskameel is located on the Marineterrein, owned by the Royal Navy and wasn’t not open for the public for a long time. Now they are transforming the area in a startup/tech hub and there was space for one restaurant, Scheepskameel. The restaurant (ship camel in English) was named after a Dutch invention of an external floatation tank that made it possible to reduce the draught of a ship.

When I finally entered the restaurant (the best way to get there is via the small Dijksgracht and a bridge towards the Marineterrein. You’ll see the restaurant in front of you) the first thing that caught my eye was the ceiling. Stunning in my opinion. I’ve asked Pieter about the interior and he told me that Niels Wouters, owner of Hotel de Goudfazant and the now closed pink pop up restaurant Citroen, helped him with it. There wasn’t anything in the space: they had to build a kitchen (divided in four parts equal to the four courses in the menu) and the restaurant itself from scratch. Just like their menu they like to keep the interior simple so the food and wine speak for themselves. The menu is printed on a simple A4-paper because it can change often. There are four raw dishes, four vegetable dishes, five fish/meat dishes, five cheeses, one dessert and three cakes. The idea is to share and pick one dish per category. Because they divided the kitchen in the same categories as the menu you can have a main course together with a raw appetizer as you wish. Or you can start with a dessert and end with a main course. It’s up to you. I’ve tried the ricotta with sea lavender, green peas and anchovy bread crumbs (really delicious!!) and the very good bavette. The whole wine list consists out of German wines. From a sparkling Riesling to brot und butter weine (house wines in German) and of course white and red wines.

They are only open for dinner and it is advisable to make a reservation.

Thanks Sven for the recommendation!

Coffee and wine bar in Oost

Coffee and wine bar in Oost